There’s a new festival heading to the Midlands this summer as Coombe Weekender lands in the historical backdrop of Coombe Abbey. Just down the road from us here in Leicester you can look forward to huge artists including The Libertines and Tom Grennan leading the line-up.

There’ll be funk, soul, disco, indie and pop music over the two-day event on 3 and 4 August. Each day will bring its own merits, with Saturday seeing The Libertines headline with a rare set, potentially their only one of 2019 with The Big Top second stage witnessing a performance from Crystal Waters with another headline act TBA. Day two will welcome Sigala and more on the Main Stage with Crazy P Soundsystem, Joey Negro and more over in The Big Top.

Day tickets start at just £29.50 and weekend at £70 with family and VIP options also available. Other on site entertainment will come from a food village, bars and daytime activities creating a friendly event for people of all ages.

Joining The Libertines on Saturday, festival-goers will enjoy singer-songwriter Tom Grennan’s fiery, real life and passionate set, along with Circa Waves, Reverend & The Makers, The Futureheads and Good Cop, Bad Cop. Over in The Big Top will be Crystal Waters who are best known for the 90s hit ‘Gypsy Woman’ with further artists to be announced including headline yet to be announced.

With further music acts still to be announced there’ll be numerous other areas of entertainment, including Raver Tots which gives kids of all ages the chance to bust a move.

Tickets are on sale now from Skiddle. 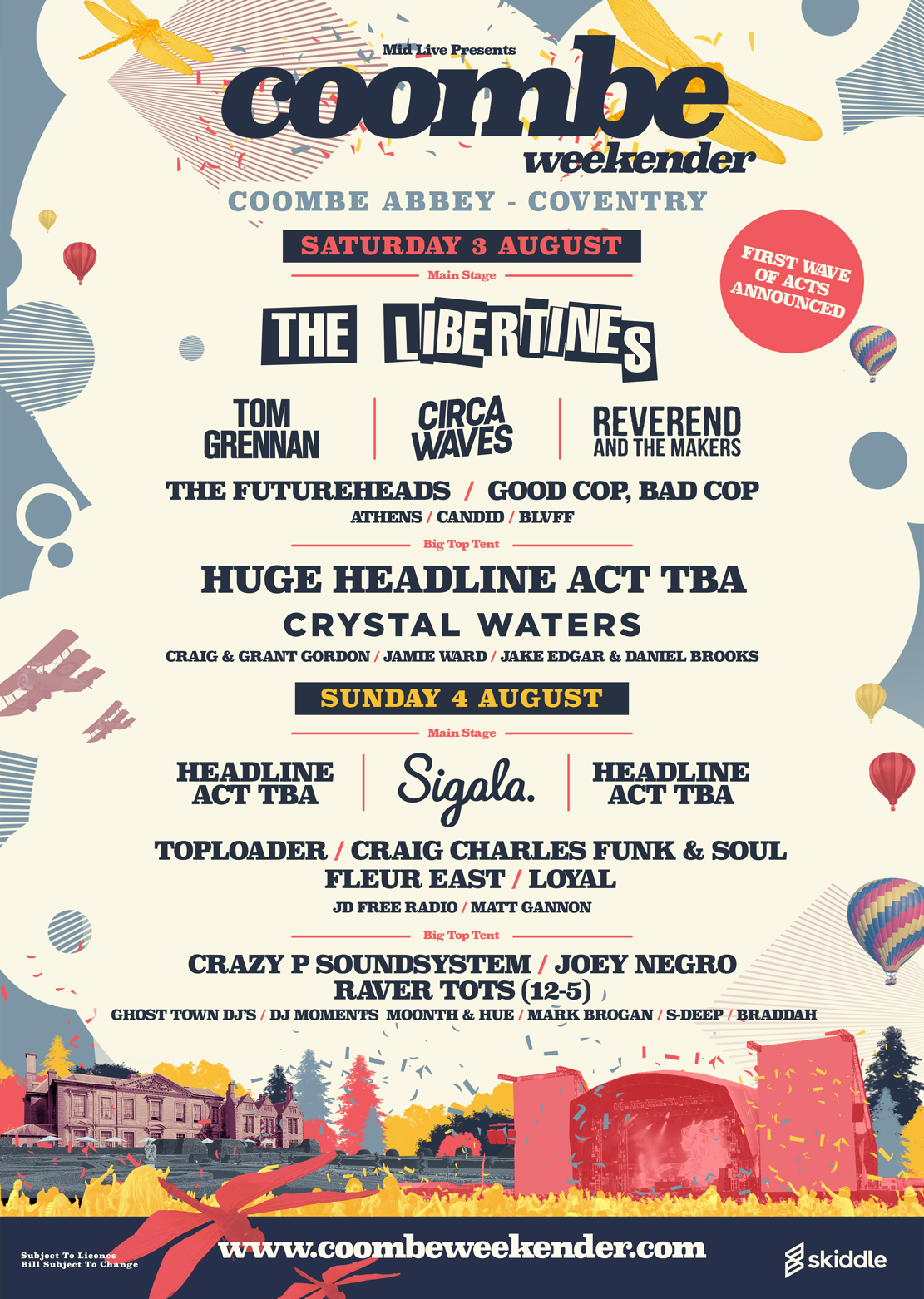