Stars To Descend On King Power Stadium For Sellebrity Soccer 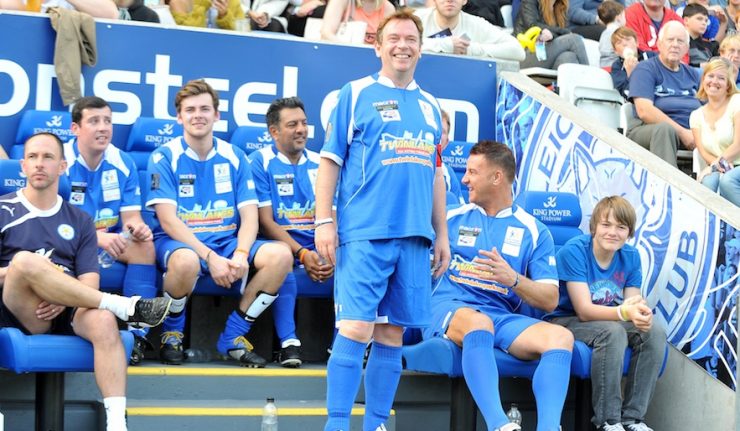 Clear your May Bank Holiday because a host of celebrities are set to descend on King Power Stadium for the Sellebrity Soccer match, as they aim to raise vital funds for the LCFC Foxes Foundation.

Launched in 2012, Sellebrity Soccer aims to raise money for a number of charities, through celebrity football matches which take place throughout the country, and during the May Bank Holiday weekend the event will return to King Power Stadium for the first time since October 2014.

On the day, there will be a host of celebrities including James Argent (TOWIE), Jake Wood (Soap Star), Jamie O’Hara (footballer/Celebrity Big Brother), Wayne Bridge (footballer and I’m A Celebrity), a whole host of soap and TV stars and even Leicester’s very own Sam Bailey taking to the hallowed turf of King Power Stadium for what promises to be a fun-filled day for all the family, as the two teams made up of celebrities and former Leicester City Legends take to the pitch, for a full 90-minute match.

With more celebrities set to be announced over the coming weeks, make sure you don’t miss out on what promises to be a great day out.

Tickets are available to purchase priced at £10 per adult and £5 for concessions (Under-16s), while there are also a limited number of VIP tickets available priced at £35. Buy your tickets today by calling the City Sales Centre on 0344 815 5000 (Option 1), visiting the City Fanstore at King Power Stadium or going online LCFCDirect.com.

All proceeds raised from the event will go towards the LCFC Foxes Foundation, which aims to help a number of Leicester based charities, particularly those who focus on children and young people, health, education and human services.