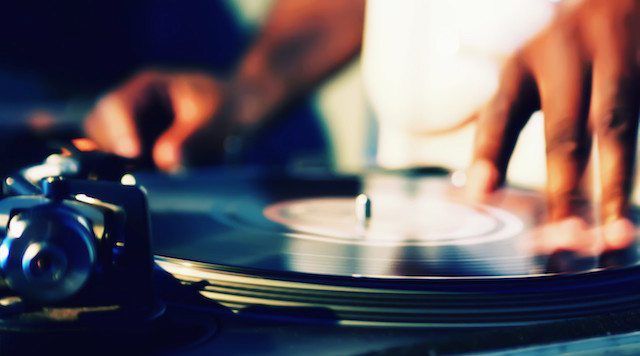 Their club nights have been running for 11 years and are a huge hit with anyone who’s a fan of 60s music, Mod beat, psychedelia and indie. With the next event coming up on Saturday 6 April at Duffy’s we caught up with the team behind Biff Bang Pow.

What is Biff Bang Pow for anyone who’s never been before?
Biff Bang Pow is a club night held at either Firebug or Duffys in Leicester, which is run by Stuart & Melissa. Melissa handles the online promotion,  books the bands and designs the posters and Stu is the one with the encyclopaedic musical library.

To complicate things further we also run a few ‘specialist nights’. Dandelion Club is our Psychedelic night, Something for the Weekend is our Britpop/90s Indie night and Dirt is our Punk/New Wave night, along with Kev Lloyd. However the Biff Bang Pow night covers all of these, so keep an eye on social media for upcoming dates.

What made you start the night up?
Biff Bang Pow actually started in Glasgow around 2001. Stuart is from Scotland and before moving to Leicester he was in a band called Viva Stereo. He started Biff Bang Pow as a pre club night in the back room of a pub in Glasgow where Stuart and the band’s guitarist Rob McKinlay, played a mix of everything from indie, to psychedelia, to hip hop, soul, folk, funk and electronica.

Stuart moved to Leicester in 2006, Melissa was already involved in promoting The Lava Lounge at Firebug but we wanted to start up a joint venture so we decided to use the Biff Bang Pow name down here to try and bring the same vibe along. Over time we started to move away from the soul/funk/electronica route and focused on the psychedelic/indie side of things.

Others might remember a couple of weekend festivals that we put on at Firebug under the ‘Lose Your Cool’ and ‘Lazy Sunday’ banner. After a few line-up changed, Pete Gough (from ex local band The Junipers) joined and we continued with this line up to the current day. It’s coming up to 11 years since we first started in Leicester, so think we. may be one of the longest running nights!

What’s your favourite thing about running the nights?
Definitely meeting new people and catching up with old friends. People don’t go out as much as they used to due to costs, so we try to put on nights where people know it will be quality and worth their while to make the effort. The vibe is meant to be like a house party, but with no clearing up afterwards!

What are some of the tracks that people can expect to be played?
Difficult question! We have such a wide range of musical areas we cover so you are likely to hear an obscure 1960s Garage Punk track next to a new release from The Brian Jonestown Massacre. Its not all obscure music for the sake of it, we play the greats, Stones, Beatles, Kinks, Stone Roses, etc and anything to get people dancing. But mostly we like to play to the crowd so everyone has a good time.  We’re lucky that the regulars who come along are always up for hearing good music

If you’ve never been and are curious, we have an ever growing Spotify playlist with music we play that people can check out… https://open.spotify.com/user/ballstomonty/playlist/5Xy4G58LTS0CQbtPuVwkTb?fo=

The REVIVE Festival is taking place in Leicester this summer, celebrating Mod culture, what do you think to the heritage and scene in Leicester and what are you most looking forward to about the festival?
Melissa has actually been involved in this and the Mods Project due to her work with Soft Touch Arts. We’ve got massive interest in the 1960s – the music, clothes, art and films and also what the local scene was like back then. I doubt many people realise how many great acts played in tiny venues in Leicester in the 60s, so anything that’s going to tell that story is great news for us.

What’s the best song to get everyone dancing at Biff Bang Pow? ‘
‘No One’ by local Psychedelic legends Legay always gets the dancefloor full. Although the one tune that’s probably been played to a great reaction at nearly every Biff Bang Pow is ‘Sons of the Stage’ by World of Twist. But there are loads more! We’re in the process of doing a Biff Bang Pow Top 100, but even thats been tricky!

Do you have live bands on or just DJs?
We’ve often had live bands on, which is great fun, and we’ve met so many great people by putting the bands on. We treat it as a collective rather than a business so we always ensure the bands get looked after, so hopefully they always ask to play again.

Leicester band The Junipers are a Biff Bang Pow favourite, along with Bob of the Pops (Robyn & Ben from The Junipers). A personal highlight was having 60s psych legends, July, play at Firebug, along with The Small Fakers & Are You Experienced, all of which were sell out gigs.  Welsh band El Goodo played in Jan 2018 and it was an amazing night!  Because our night is quite niche, and word has spread, we often get approached by bands from further afield so we do our best to get them on eg: Rotterdam band, JC Thomas and the missing slippers, and Barcelona band, Stay. Also special mention to our mate Rich whose bands The See See and The Hanging Stars have both played a few times.

Who are some of your favourite local bands making waves at the moment?
Our night is really quite niche and we love bands with a retro sound. Bands we’ve seen who we’ve enjoyed recently include Mystery Action, Nylon 9, and Jimmy Amnesia. Goldwater are great and probably our favourite from the local area and we were chuffed to DJ at their Halloween party last year – (which reminds us –we are open to DJ offers!) Any bands who want to get in touch please do as we do listen to everything, however we only book bands who have an affinity to the records we play otherwise the night can become disjointed.

When is the next event, how much are tickets and where can people find out more?
We return to Duffys on Saturday 6th April.

We’re also doing a night as part of the Revive Festival on 29th June at Firebug.