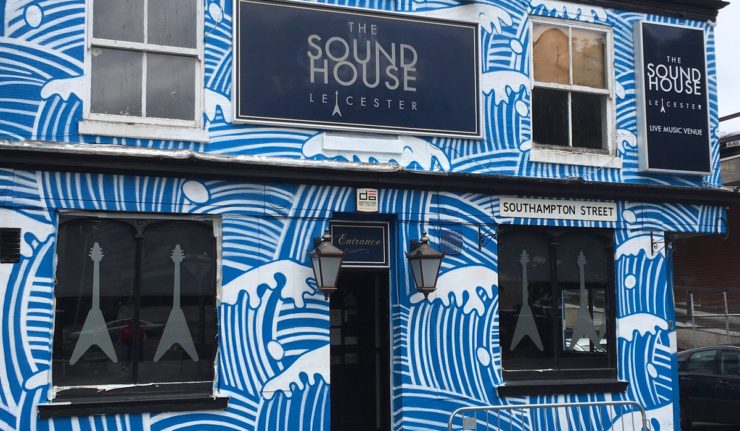 Congratulations to The Soundhouse as they’ve made the top 6 in B&Q’s Best UK Statement Walls for their exterior painted during Bring The Paint Festival earlier this year. Big well done to Alex Rubes who was behind the artwork. Yes, Big Ben and Stonehenge are taking a back seat as queues form outside the UK’s coolest ‘new’ landmarks. Brightly painted exterior walls around the UK, dubbed ‘statement walls’ or ‘colour walls’, are becoming a magnet for social media as people flock to take their picture in front of these new-found Instagram landmarks.

The UK’s leading home improvement and paint retailer, B&Q, commissioned consumer research into the colourful new trend. The research found a quarter (25 per cent) of Brits under 35 admitted to taking their own statement walls selfies and a further third (33 per cent) would do so if they had a chance. In fact, 29 per cent of the nation has admired and interacted with statement wall photos, including a whopping 55 per cent of 18-24 year olds.

B&Q worked with a panel of interior influencers to identify the nation’s favourite walls revealing Leicester’s The Sound House by Bring the Paint to be in the UK’s top six.

The UK’s top statement walls, as chosen by B&Q’s panel of influencers include:

Commenting on the trend, influencer pair Emily Pettiford and Jessica Turley said, “We are huge fans of brightly coloured walls, both inside and outside the home. They can be fairly simple to create yet have a huge impact on any blank space. Not only this, they create the perfect backdrop to your social media posts and will give your friends’ newsfeeds an instant pop of colour.”

Congrats to everyone at The Soundhouse and everyone involved with Bring The Paint! Lovely to see the Cultural Quarter picked out on the UK’s colourful map!

previous article
Behind the Grosvenor Casino doors
next article
What’s on: Top Events This November