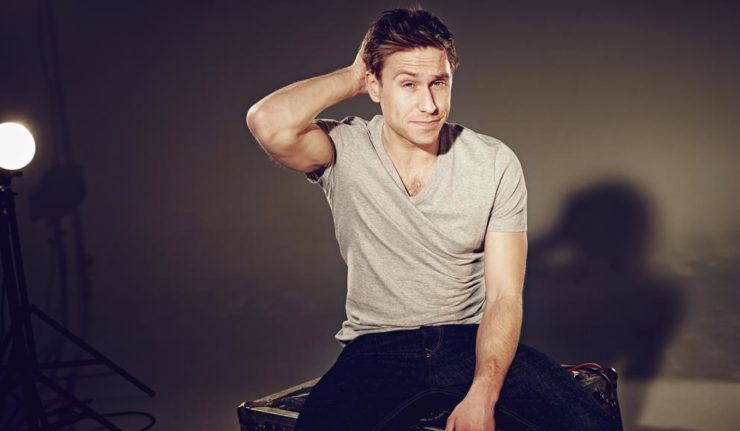 Leicester Comedy Festival is launching its full programme on Thursday 1 November, but we’ve got a secret to let you in on… Russell Howard is doing 3 intimate warm-up shows during the festival and you can get tickets from 10am on Thursday.

Yes, Russell Howard is bringing three nights of new material to Just The Tonic at Hansom Hall. This is a rare chance to see one of the UK’s brightest comedians in an intimate room, just working some stuff out. He will be there on Friday 22, Saturday 23 and Sunday 23 February.

Aged just 19 Russell plotted himself on the comedy map by getting to the final of Channel 4’s So You Think You’re Funny? competition in only his fifth ever gig. An instant hit with his innate ability to improvise on any subject, Russell makes the stage his own personal playground and thrives on spontaneous chats with his audience, leading them down a never-ending series of unstoppably comical journeys.

In 2004 Russell performed his acclaimed debut solo show and the rest is history. Since then he has been busy cementing his place as one of the hottest properties in comedy with his BBC6 Music show every Sunday, loads of Mock The Week and Never Mind The Buzzcocks on BBC2, Would I Lie To You? and two series of Live At The Apollo on BBC1, Law of the Playgroundon Channel 4 and Tough Gig, The Brits and The British Comedy Awards on ITV.
Tickets for the 3 warm-up shows are bound to sell out straight away so set your alarms for 10am on Thursday 1 November. Tickets will be available from the Just The Tonic website.
previous article
Here We Go Again as Rock of Ages announces Leicester run
next article
Amelie The Musical and CATS set to delight musical fans