Curve is pulling out the big guns this Christmas with the iconic musical masterpiece, West Side Story. With an impressive 15-piece orchestra, this production will have you tapping your feet along to amazing renditions of well-loved and instantly recognisable songs.

For those less familiar, West Side Story is a Romeo & Juliet inspired love story set in 1950s New York. Join Tony and Maria, our star-crossed lovers as they are caught in the middle of a feud between rival gangs, ‘The Jets’, a white American gang and ‘The Sharks’ from Puerto Rico.

Leading the cast, Jamie Muscato and Adriana Ivelisse, playing Tony and Maria are supported by a further 20 vocally strong company, each of which have time to shine, and I must say displayed very convincing American and Spanish twangs. The gang boys got the ‘Jack the lad’ attitude to a tee whilst the females were all inspiring. Full of wit and spunk, the Shark girls were especially mesmerizing and beautiful in their magnificent flowing dresses. If you aren’t left wanting to join them on stage during ‘I Feel Pretty’ or ‘America’ then… well… I have no words! You go girls!

My particular highlight was The Jets performance of ‘Gee, Officer Krupke’ which offered some jovial and comic relief as the story darkened. Performed in front of Curve’s red drapes, no set, no props, no gimmicks, just a simple spotlight, the remaining Jets had the whole audience laughing out loud during this light-hearted tune, completely forgetting the drama that had, and was about to unfold.

The set styled with subtle hints to the original 1961 movie of mesh cages, declining concrete apartments and makeshift fire escapes along with some simple but effective lighting techniques only emphasized the drama and the dirty downtown city feel which those loyal to the original would appreciate.

Special shout out to the orchestra! During the ‘Dance at the Gym’ act, the orchestra were wonderfully unveiled, much to the audience’s surprise and delight. The orchestra played impeccably throughout, emphasizing the light and shade of each and every act. It was a joy to see the conductor’s passion instead of being hidden behind the stage until curtain call. Thanks for this cheeky addition! 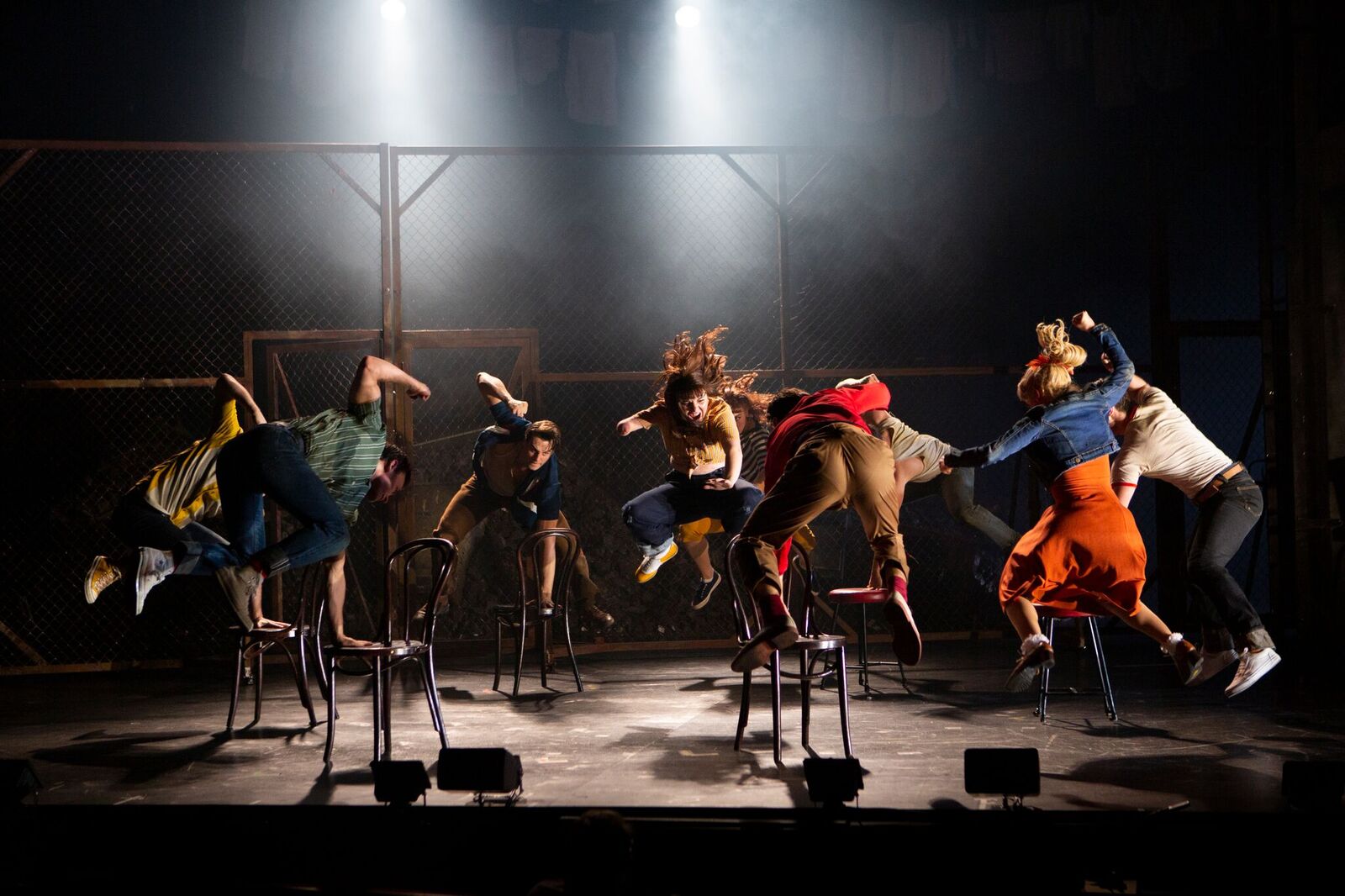 With energetic and lively choreographed numbers, to hopelessly romantic love songs, this production will have you riding a rollercoaster of emotions as the story unfolds. If you’re not blown away by Maria and Anita’s powerful performance of ‘A Boy Like That/I Have a Love’ or moved by Tony and Maria’s gentle and tender rendition of ‘Somewhere’, then there is something seriously wrong!

Quite simply, another wonderful production at Curve. It’s playing throughout the Christmas period and should not be missed. My top tip… take both your dancing shoes and a packet of tissues! ★★★★★

West Side Story runs at Curve until 18 January, with additional performances now added. Grab your tickets for the Curve website.

Words by Dawn Hines.
We were invited to review the production by Curve, but under no obligation to give a positive review. All opinions are our own. 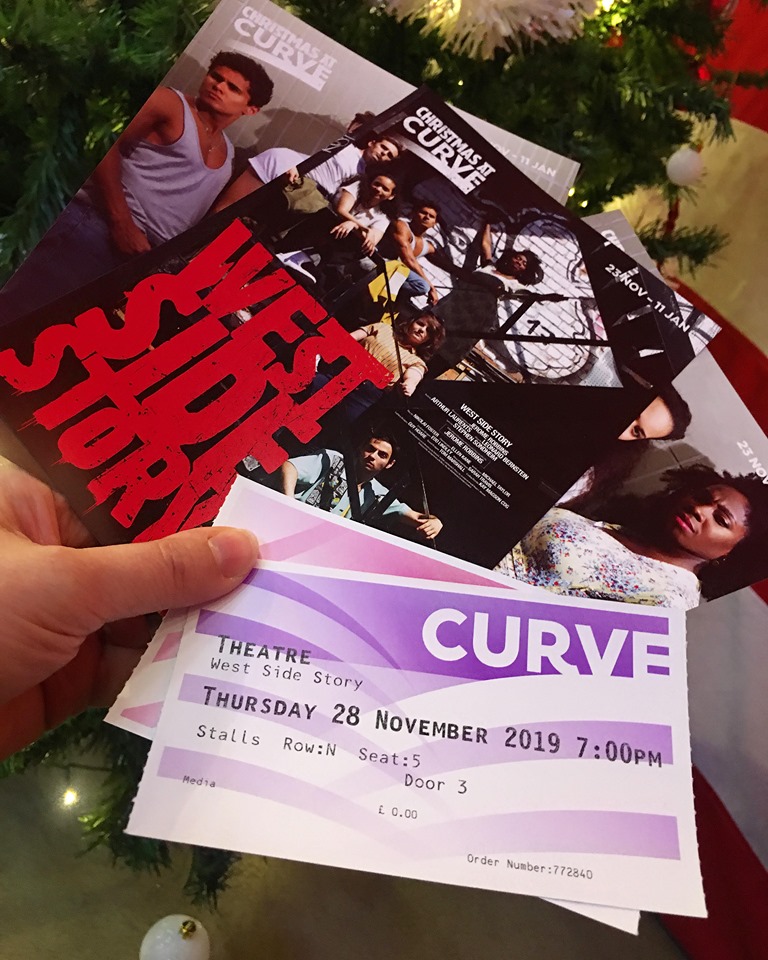