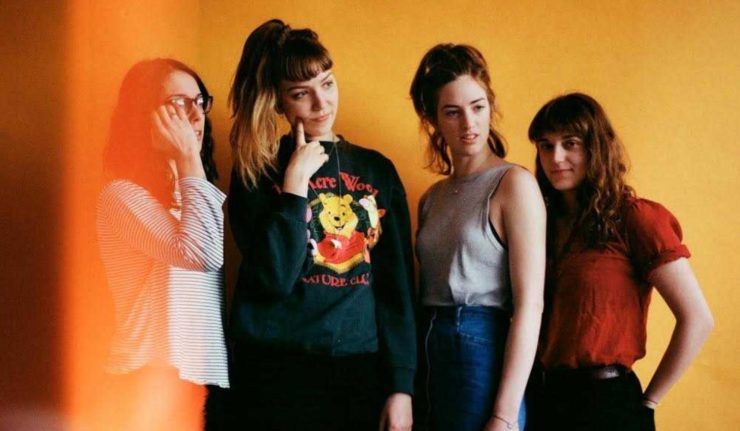 “Have you got your sponges? It’s going to be a sweaty one” … Sittingbourne favourites Get Inuit weren’t wrong with their predictions about the rest of Saturday night downstairs at The Cookie. Opening for The Big Moon works well for them – they have a similarly mid-nineties feel, which must have prepared them comfortably for the support they gave Ash at Leicester’s 02 earlier this summer. The observation “It’s like seeing the band-baby of Weezer and Smashing Pumpkins” was overheard and might not be far off the mark. Fortunately, the October heatwave didn’t put the band off their game – despite frontman Jamie’s acknowledgement that he played at least one song without being able to see a thing through his steamy glasses. Their energy unimpaired , the four-piece got the (at that point, relatively small) crowd happily warmed up and ready for the main event.

With BBC 6 Music having climbed firmly aboard The Big Moon’s train, it was no surprise that The Cookie’s basement was sold out – for the third night in a row, no less. The half hour between sets crackled, with genuine excitement evident on a number of faces: no mean feat for a band with just one album behind them. From the moment they entered to the duvet tones of Robbie Williams’ Millennium, any concerns a newcomer might have had about Hello-Kitty-xylophone-indie-by-numbers were proved unfounded: they got straight into a tight performance true to the album’s sound. Covering Total Eclipse Of The Heart took the show out of a simple album rendition, and was timed brilliantly.

The regular comparisons to Honeyblood ring a little hollow, as actually The Big Moon have a sound unlike anything else currently happening. The Sleeper fan at the front must have been in her element, and if you’re after a comparison that’s perhaps the most valid. Juliette Jackson’s vocals are huskier in person than on the record, and perhaps less polished, but in a way that drew the crowd in and felt more personal than listening at home.

If the mark of a great set is a sell out show just six months after the release of your first album – box ticked.

If it’s the crowd jumping fit to shake the building – tick number two.

And, if it’s going home to listen to the album straight away, then that’s a hat trick.

There may be little else to say about the show, except to strongly recommend buying the album Love In The 4th Dimension, paying particular attention to new single Formidable, and getting tickets as early as possible for The Big Moon’s next Leicester show. 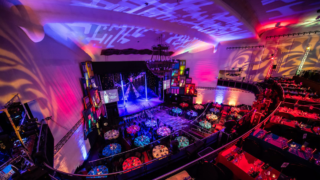