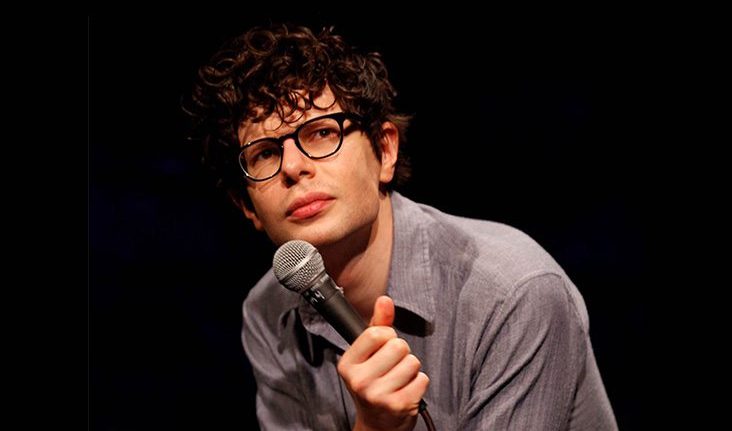 While there will undoubtedly be many a rough diamond to discover with 50 other hardy souls during the Comedy Festival this was far from it. The Curve was packed out to see a man very much at the top of his game deliver a polished performance and they didn’t leave disappointed.

The narrative behind Simon Amstell’s To Be Free tour is his quest to find the freedom to speak his mind without bowing to convention and the battle with his ego therein. While Amstell fearlessly tackled subjects including disability, racism and homophobia, this relatively free voice paused to reassure those who gasped when he ventured into the rocky ground, even for him, of paedophilia. Proving his own point that we can never be truly free to speak our mind like the autistic children he so much admired for doing so in explaining the concept of the show’s title.

Into his stride quickly he set out his stall with the suggestion that calling someone an arsehole is not an insult as it actually prevents us from exploding, a vital member of the community would be more apt. Not stopping there, the logic further extended to the most shocking genitalia based insult in our vocabularies being more akin to calling someone the doorway to life than intending abuse. His dissection of the absurdity of the monarchy was original and fresh despite it being a much trodden comedy path.

Challenging an audience is quite an art in stand up, dare the artist make a gaggle of potential hecklers question their own beliefs or preconceived ideas for fear of alienating them? After all, as Amstell noted, it is a strange kind of love that an audience will only provide on the condition of him being funny. But there was no danger of that as Amstell produced a slick hour of well-honed material brought to a close beautifully reflecting on himself and his out of control ego. I would shower him with praise via Twitter had he not demonstrated hilariously his disdain for us normal folk having the cheek to think they are worthy of his time via that medium.