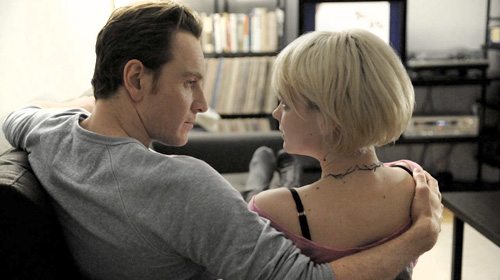 Now, if you read the reviews on IMDB or Rotten Tomatoes or any other film buff website they’ll probably contradict everything I’m about to say, but aren’t reviews all about an element of personal opinion?

If you haven’t read about Shame, to briefly sum it up it’s about a successful man who is a sex addict. The fact that the movie is called “Shame” gives some indication as to the level of his search for sexual gratification.

I’m about as far from a prude as it’s possible to get, but to be honest after the first half an hour I was sick of seeing Fassbender’s manhood being flashed across the big screen. He likes to have sex, I get it, now stop showing me his knob.

Much more interesting than the main character’s sexual activities was the relationship between him and his sister, Sissy, played by Carey Mulligan. His habits thrown out of sync by her unexpectedly turning up to stay, you see two characters clearly struggling with life in their own ways. If anything, I wish there had been more background given to their lives in the movie as it was a constant guessing game of what had happened to them. The line “we’re not bad people, we just come from a bad place” in particular standing out.

There’s no denying that Michael Fassbender is an outstanding actor and Steve McQueen as a director can’t be faulted. There are moments of brilliance, including a scene where no talking takes place but purely focusses on the lead character watching a woman whilst on the subway. You’re immediately drawn in wanting to know how the sequence is going to end. This is in no way a love story though, just a depressing tale of self-destruction which is relentless from start to finish

Shame is out in cinemas nationwide now.