I must admit to feeling like a bit of a Scrooge myself when arriving at Curve for the press night. “I’m just not feeling festive enough for it yet, it’s only mid-November”, I proclaimed. But in true Curve style, as the curtain lifted, any doubts were swiftly brushed aside.

Scrooge is a story everybody knows, retold in various formats over the years – from the original Dickens’ novel, to The Muppet Christmas Carol and the modernisation in the 80s movie, Scrooged. But how would it come life in Curve’s take on the musical by Leslie Bricusse? The talented ensemble of actors and performers provide the perfect festive show as the audience is treated to this lively, raucous and fun take on Charles Dickens’ story of Ebeneezer Scrooge. From the opening scene to the last the audience is drawn into the performance, which swiftly darts between wonderful choreography and darker atmospheric scenes. 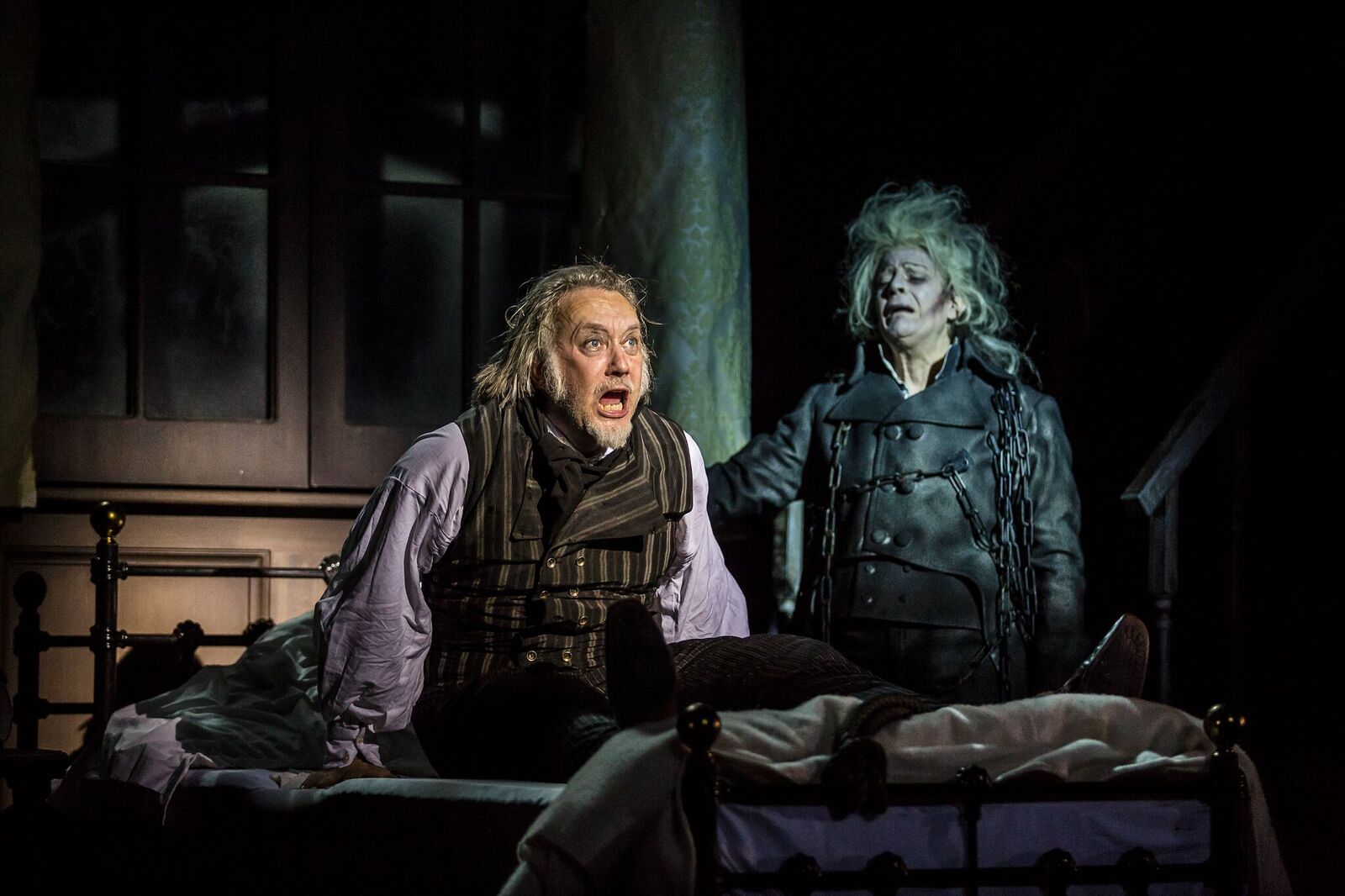 We don’t need to explain the story here – it’s the one with 3 ghosts (Christmas Past, Christmas Present and Christmas Yet To Come) and Director, Nikolai Forster, has certainly stayed true to the original story. A festive family treat, of course, but for some little ones there may be some scenes that they’ll find rather loud and scary. They do, however, throw in a little magic too though, which adds a fantastic other dimension to the ghost scenes.

The Curve stage is brilliantly used with large Victorious sets transforming into the dark interior of Scrooge’s lonely bedroom. Similarly the production moves well between the lively group performances depicting Christmas at Mr Fezziwig’s, to the more sombre look back on Ebeneezer’s lonely childhood. The show’s choreography is equally impressive, never more so than in the most well known song of the whole show, “Thank You Very Much”. 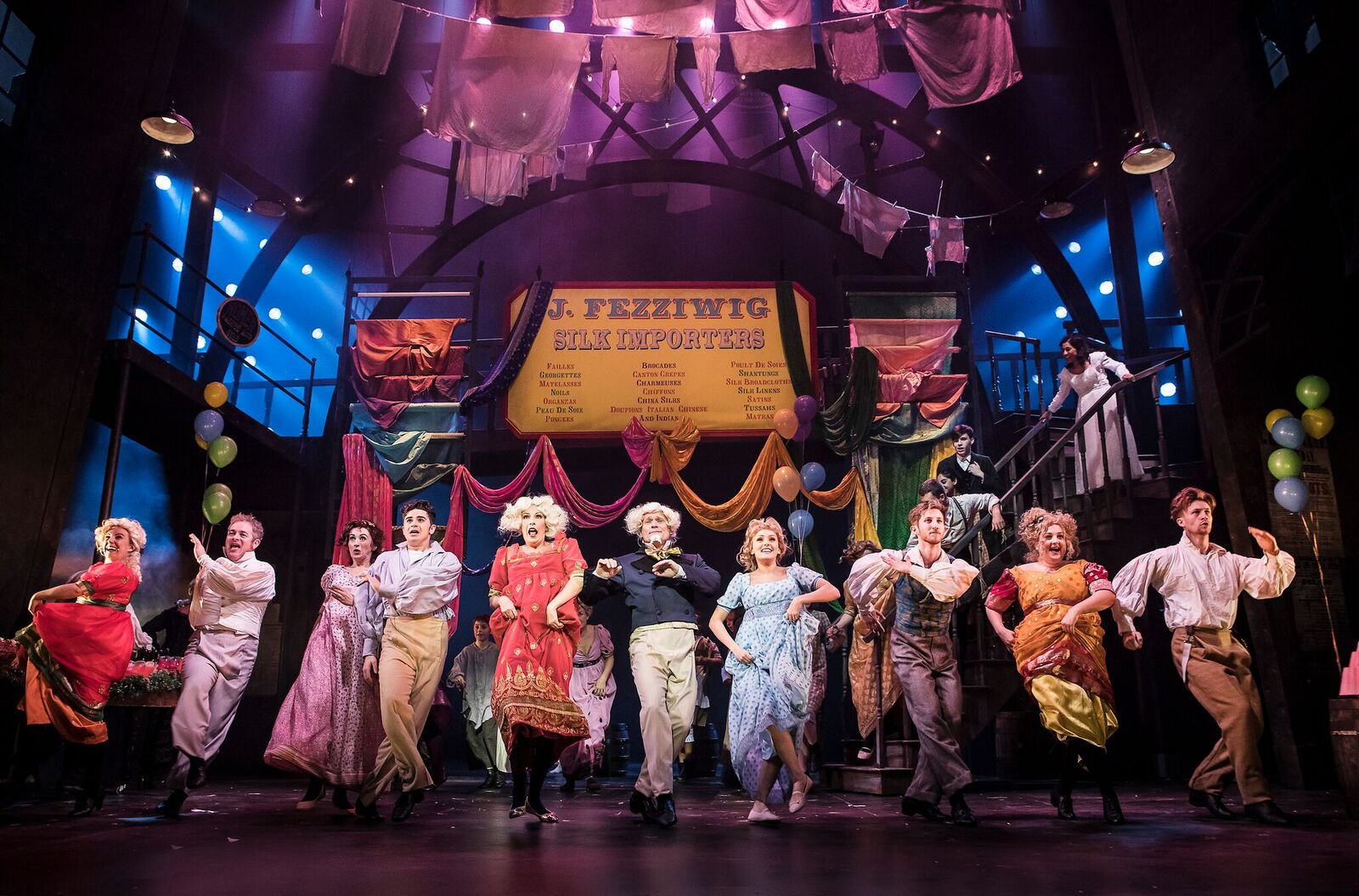 Jasper Britton takes on the lead role of Ebeneezer Scrooge and offers a commanding performance, even throwing in a little humour when dropping something on set. His ability to command the audience’s attention means that his solo performance is as enchanting as the group displays and the audience is left with a festive affection for old Ebeneezer. But then, after all, that’s the whole point of A Christmas Carol, so mission accomplished, surely? 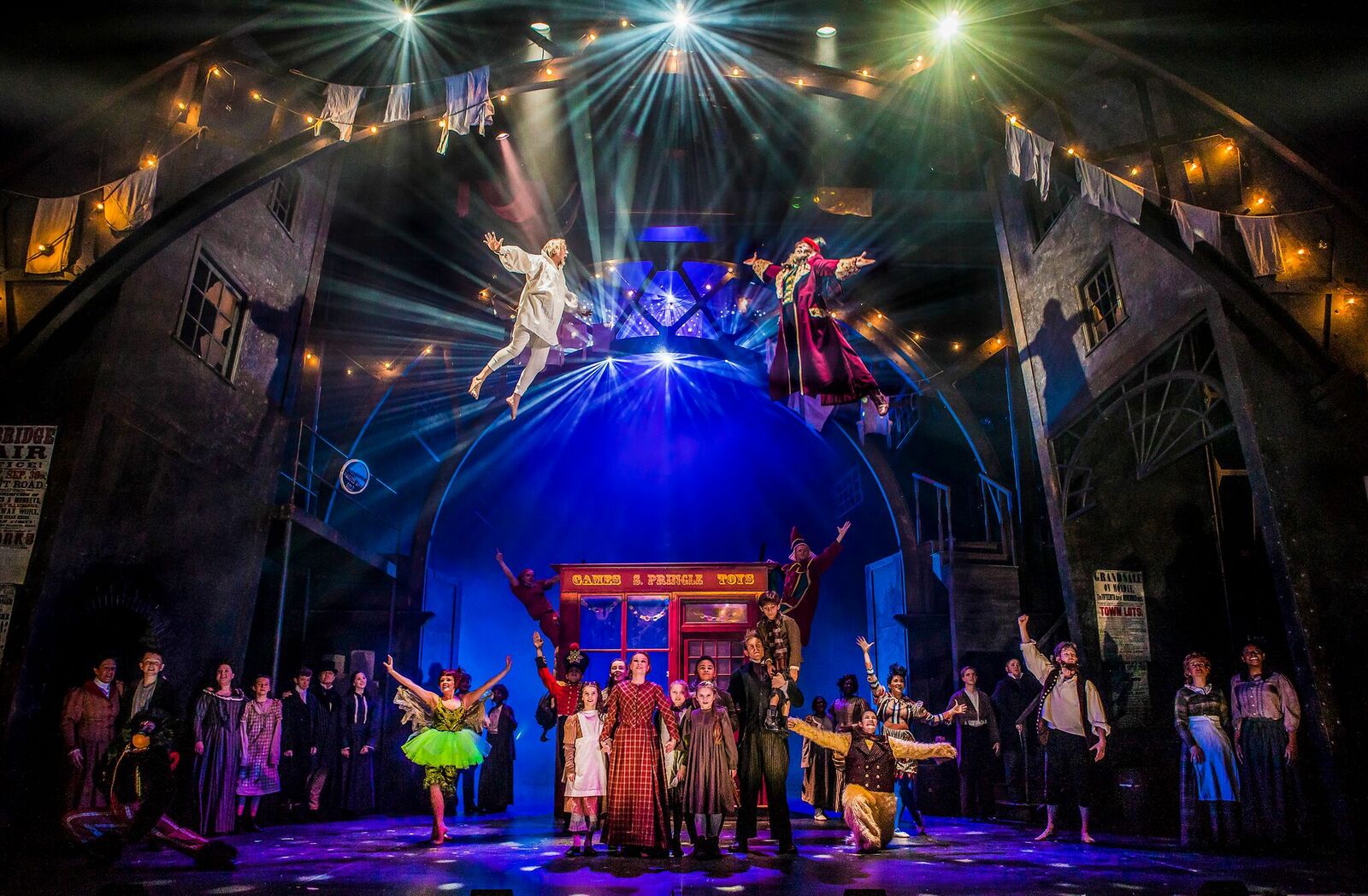 Jasper Britton, the rest of the cast and the Curve artistic team fully deserved the standing ovation that they received at the end of the performance. As we said, there are some scenes that little youngsters might find a little bit scary, but after all, this is a ghost story! A fabulous festive treat. If it got me feeling Christmassy in mid-November then it’s only going to get better in the run up to Christmas.

Scrooge runs at Curve until 7 January and tickets can be booked on the Curve website.