Review: My Week With Marilyn 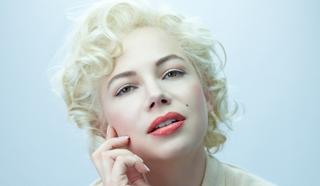 The beauty of Marilyn Monroe was that she could make anything watchable and in new movie My Week With Marilyn, Michelle Williams, in the title role, manages exactly the same. Charting the story of filmmaker Colin Clark’s meeting and time spent with Marilyn Monroe, this film beautifully portrays the often hidden, delicate persona of the film star mixed with the eyelash fluttering sex appeal that she was so widely known for.

Adapted from Clark’s memoirs of his time spent with the film star, the movie tells the story of a young man dreaming of a career in film who then finds himself as Monroe’s closest confidante during her time filming The Prince and the Showgirl. Understandably smitten, the young Clark falls for the married film star despite being warned off by several sources. The film charts their meeting and time spent together, focussing mainly on Monroe’s deep emotional issues and Clark’s attempts to calm her, whilst clearly falling in love with her in the process.

The films boasts an excellent cast including Kenneth Branagh, Dame Judy Dench and Dougray Scott, however they all fall behind Michelle Williams in the acting stakes during this movie. Again proving herself as one of her generation’s greatest actresses she will no doubt be tipped for Oscar nomination in this role. The nomination, however, will be more for her personal performance in the role as opposed to the film as a whole. Whilst her portrayal is at times mesmerising, there remains some depth lacking from the movie’s storyline and whilst this is a more worthwhile watch than other previous Monroe focussed films I’m not convinced that it will go down as a classic.

My Week With Marilyn is showing at Phoenix until Thursday 15th December. For movie times please visit HERE.

Tags:Cinema
previous article
Jon Windle
next article
ABC is Back For Christmas