INSIDE OUT is Curve’s first major festival showcasing some of the best up and coming artistic talent in the East Midlands.

Curated by Curve’s Associate Director Suba Das, artists and companies from across the East Midlands are taking over spaces across the building, with inventive, unexpected, funny, and provocative new work. Over the ten days Curve presents a programme of new theatre, comedy, dance and music created by local and regional artists who are already taking the country by storm, winning awards in London, Edinburgh and beyond. There’s many free and low cost events, and with over 150 artists featured, there’s plenty on offer for all tastes and pockets.

Festival highlights include UK premiere’s of two new plays from India, presented by a local cast. Spoken-word, hip hop theatre production ‘Shame’ by John Berkavitch, ‘The Last Cuppa’ a nostalgic work by Leicester’s Elaine Pantling and ‘England Expects’ by Off The Fence Theatre Company who regularly produce new work from their base at Upstairs at the Western.

Showcasing live music, dance and spoken word throughout the festival, Inside Out Park in Curve’s foyer space, is an exciting and informal performance space created by Leicester theatre designer Kate Unwin. Hosting a range of free performances highlights include Lyric Lounge Leicester spoken-word events compared by Jess Green on Tuesday 15 April and BBC Introducing present ‘The Best of Leicester’ with a cracking line-up on Thursday 17 April. BBC Introducing present five music acts across the evening including personal Leicester faves Mahalia, Clubs and Charlotte Carpenter, all for free.

On your trip to Curve look out for Leicester’s award winning Metro-Boulot-Dodo who present a brand new theatre installation in Curve’s foyer space and there’s also a chance to get involved with free masterclasses and workshops led by the BBC Writersroom, The Actors Centre and Curve’s own Young Arts Entrepreneurs.

For the latest on the Inside Out festival follow @CurveLeicester #InsideOut or visit the Curve website HERE. 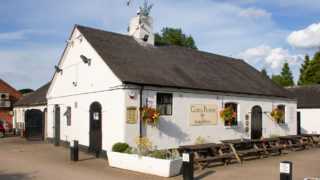