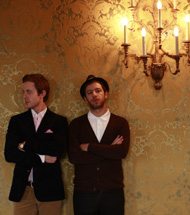 On Friday 7th October Chase and Status came to the De Montfort Hall in Leicester; they were supported by Dot Rotten and Delilah. Dot rotten took the stage first, they got the crowd hyped up and the atmosphere was getting exciting, Delilah took the stage next and seemed to mellow the crowd until she performed a couple of the more popular songs towards the end of her set. The crowd was buzzing for who they made the trip to see most of all though. When Chase and Status came on stage the crowd went wild, they came out with a bang and the room was vibrating with the bass. The stage and the room were lit up with bright flashing lights, the drum kit was in the middle of the stage with an ‘&’ sign on the bass drum and the mixing stations either side had the letters c and s on them. They came out to No Problem from their newest album More Than Idols followed by Eastern Jam from their debut album. They performed a great mix from both their new and debut albums. Chase and Status have a lot of collaborations and as they cannot have all of these artists attend they did their best by having a big screen showing videos of the artists performing, at the end of the set Delilah came on stage to perform time with them, this was supposedly their last song, but the crowd wanted more! To everyone’s surprise and delight Liam bailey took the stage to perform Blind Faith and then it was finished with Fool Yourself featuring Plan B who was on the big screen.

A great night had by all who attended! Ears were certainly ringing long into the night!

Tags:GigsMusic
previous article
Oxjam’s Back
next article
Review: Noah and The Whale