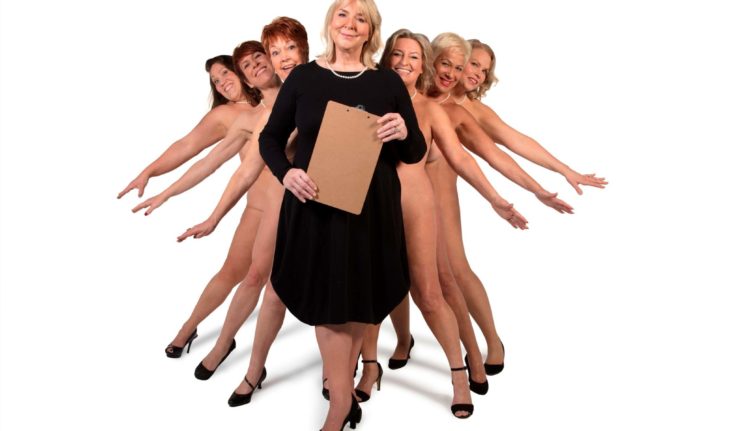 Calendar Girls has had a few incarnations, from the 2003 film starring Judi Dench and Helen Mirren, to the glittering West End play The Girls, it’s a familiar tale to most of us. A seemingly ordinary group of Yorkshire women who achieved something extraordinary in the wake of a tragedy.

Tim Firth, who wrote the screenplay for the film and stage play, joined together with lifelong friend and Take That legend, Gary Barlow to create Calendar Girls the Musical. I went along to the opening night at DeMontfort Hall.

The story is set in a small Yorkshire village of ‘Knapley’ in and around the local Women’s Institute (“WI”) – home of the perfect Victoria Sponge, floral art and gardening contests, it is against this backdrop that we are introduced to the main characters.

The first all cast ensemble opening song ‘Yorkshire’ paints a picture of a close knit community and its lifelong friendships going about their lives. “January February April and September and July. Where all the fields are green the day don’t seem change” suggests that nothing really ever happens in their little village beyond the mundanities of everyday life.

As we are introduced to a meeting of the WI, the Girls poke fun at the seemingly dull activities as they sing ‘Mrs Conventional’ to their leader Marie (Fern Britton) and traditional as they come, Ruth (Sara Crowe). All of their personalities shine through here, cheeky Chris (played by Rebecca Storm), Jessie (Hi di Hi’s Ruth Madoc) is brilliantly cast as 75 year old retired Schoolteacher – whose perfectly timed witty one liners had the audience laughing every time.

The story takes its heart-breaking turn when Annie’s husband, John ‘Clarkie’ Clarke is diagnosed with cancer. As his illness progresses, there’s a sense of wistfulness for the mundane comforts snatched away by his decline in health and then in bereavement. Anna-Jane Casey, as Annie, sings beautifully as she mourns the loss of her husband and best friend.

“One more year in Yorkshire” is dotted throughout the production and it gave us a sense of the passing of time and how life ‘goes on’.

As she begins to move past her grief, Annie decides she would like to create a memorial to Clarkie. After a few small efforts to raise the funds, Chris hatches the outrageous plan to raise money for a memorial by taking part in a nude photo-shoot calendar.

As the reality of posing naked sinks in, the insecurities of the ladies rise to the surface, each of the women has their own personal hurdle to overcome in order to face their fears. It’s here that some conflicts arise, but as each of them is resolved the power of their friendship really shows through.

Each of the women prepare to bare all, teetering in heels and robes, strategically placed buns and floral tributes appear on stage, resulting in a hilariously funny and engaging scene that had everyone cheering and clapping.

It’s hard not to be moved as John’s beloved sunflowers appear and his memorial is revealed in the final scene, surrounded, again, by his precious sunflowers.

“Like a sunflower following the sun, won’t give up until the day is done”.