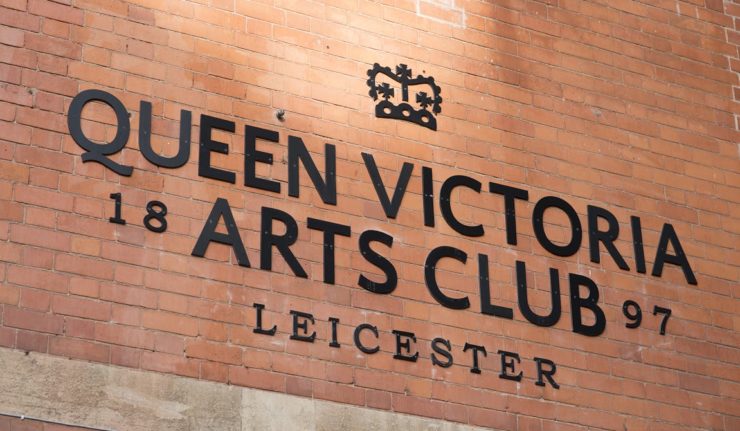 You’ve probably read by now about the brand new opening in the Cultural Quarter, as The Queen Victoria Arts Club opens its doors to the public this week. Now the venue has released more details on their dining menu along with pre-theatre options.

A week or so ago we managed to get a sneak preview of the venue at one of their launch nights and it looks set to be a great addition to the area. Seeing the building transformed into such a high end venue brings a new sense of occasion to the Cultural Quarter. Whilst there has been a lot of talk about the private members club feel to the venue, the restaurant and bar do remain open to the public, so be sure to check it out once the doors open on 18 October.

The membership option relates to their downstairs private members bar, which looks to be the city’s most exclusive menu and membership details are available on the website. They’re currently being pre-sold ahead of the 2019 official release. You need to be accepted by a Membership Committee though, so get your best outfit on for the application photo!

As we said though, the restaurant and bar will remain open to the public and will be a fantastic addition to the Cultural Quarter. Those debates about where to go for pre-theatre dining look set to be a thing of the past with a special set menu priced at 2 courses for £18 or 3 courses for £21. Many highlights include Potted Salmon on Toast to start, Braised Beef for main course and Steamed Sponge Pudding & Custard for dessert.

Alongside this will run an A La Carte menu with prices a little higher, but hopefully worth the cost. Given the chefs on board, we’re fairly confident it will be. Starters include Pressed Pork & Smoked Black Pudding Terrine and Confit Quail with Satay Sauce, Broccoli and Flaked Almonds. For mains you can opt for anything from their Award-winning Local ‘Nice Pie’ & Seasonal Vegetables to the Venison with Chocolate & Black Cherry Sauce, Carrot & Turnip.

Full menus for both A La Carte and Pre-Theatre Dining can be found on the Queen Victoria Arts Club website. The restaurant will open to the public on Thursday 18 October.

previous article
Preview: Fern Britton Leads the Cast in Calendar Girls The Musical
next article
Who’s Up For the Crafty Wing Challenge?