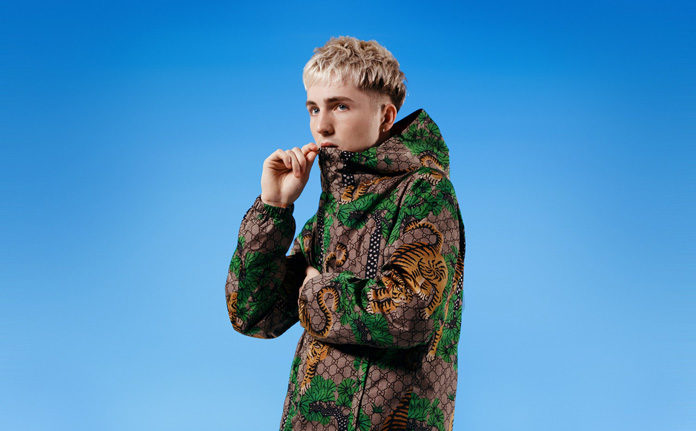 Indie-pop rising star, Will Joseph Cook, is currently on tour across the UK, and will be finishing up his run of dates at Leicester’s Dryden Street Social on Tuesday 24 October.

It’s been a busy year for Will who released his debut album Sweet Dreamer earlier this summer to critical acclaim. Sweet Dreamer is 13 songs of technicolour indie pop, fully formed by Will himself across lyrics and music over the past few years, acting as a diary of sorts of his adolescence and teenage years. Perfectly formed pop songs such as Girls Like Me saw Will shifting a gear from his previous releases, perfectly mixing his knack for intelligent, often heart-wrenching lyrics, with the pop sensibilities of Talking Heads and MGMT.

Will first began crafting infectious pop songs at the age of 14, inspired by the off-kilter early 00s indie of LCD Soundsystem and Vampire Weekend amongst others. Quickly finding his own creative lane, he released his first EP You Jump I Run in early 2015 on Duly Noted Records to much critical acclaim. Will’s ear for a huge hook and intense melody on lead single Message led to the track hitting #1 on Hype Machine and #2 on the Global Spotify Viral Chart.  Follow up EP Proof Enough firmly cemented his status within the indie-pop world, and saw Will employing a more electronic approach, a theme which can be heard throughout the subsequent singles and in to his debut album. His tracks have to date had over 17 million streams worldwide.

Don’t miss the chance to catch him now whilst he’s still on the way up! Tickets are priced at £9 and are available from Gigantic.