Don’t miss out on seeing a theatre classic as The Mousetrap comes to the Haymarket Theatre in March.

Agatha Christie’s The Mousetrap has kept people guessing for so long, in fact it’s the longest running show of any kind in the history of theatre.

The scene is set when a group of people gathered in a country house cut off by the snow discover, to their horror, that there is a murderer in their midst. Who can it be?

One by one the suspicious characters reveal their sordid pasts until at the last, nerve-shredding moment the identity and the motive are finally revealed. 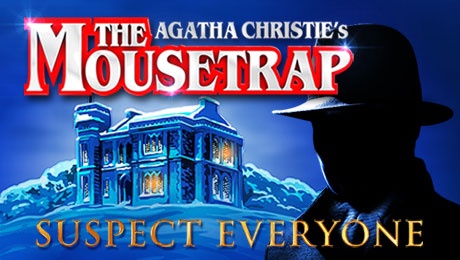 Now it’s your chance to experience shuddering suspense and a brilliantly intricate plot where murder lurks around every corner.

“The cleverest murder mystery of British Theatre” The Telegraph

“Deservedly a classic among murder thrillers” The Observer

The Mousetrap runs from Monday 9th – Saturday 14th March. Tickets are on sale now from the Haymarket Theatre Website.