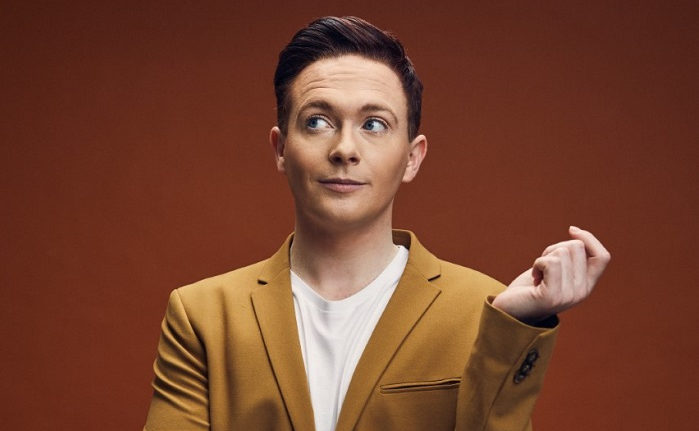 Everyone’s favourite comedic ‘guilty pleasure’ (Daily Record), Stephen Bailey, is bringing his brand-new show ‘Our Kid’ – a story full of Northern warmth, some working-class guilt and a bit of blue, to Leicester Comedy Festival. The past six months have seen him embark on his first critically acclaimed UK tour, support Katherine Ryan on her sold-out UK outing and host 5star’s ‘Celebs On The Farm’. We caught up with him to find out more.

What can people expect for your show at Leicester Comedy Festival this year?

I think they can just expect to laugh. We are going to leave all the nonsense of the world at the door so come with a large vodka and a sense of humour.

How long have you been on the circuit now and how do you think Leicester Comedy Festival compares to other annual events?

I’ve been doing it for 8 years now and I love Leicester Comedy Festival – the audiences at Leicester know how to let loose. They aren’t coming for a piece of art, they are coming to LOL.

What’s been the highlight of your career to date?

I just filmed a comedy special for Comedy Central and it felt surreal. I always hoped I would get there, I just am not sure that I always believed it.

You often get termed as “camp comedy” is this a tag you’re proud of or one you’d prefer to swap?

I mean people can say what they want. There are bigger things going on. It’s a little stereotypical but some people need to shove people in a genre box.

Who was your inspiration early on in your career?

You have dabbled in a little reality TV with Celebrity 5 Go Camping – would you do more and what would you like to go on?

I would love to do more reality – it’s really nice to show people the different layers. Obvs I’d love to do Strictly Come Dancing but I’m going to wait for them to allow same sex dancers.

What would your dream review say about you?

“The Carrie Bradshaw of Comedy”

Who are your other top tips for comedians to check out during the Festival?

My best friend Brennan Reece. I literally don’t know who else is around LOL. I keep myself to myself and still hang out with my old pals from Sainsburys.

What else have you got planned for 2019?

I have a brand new show coming out that I’m presenting on 5 called ‘Celebs on the Ranch’.

Stephen Bailey will be performing ‘Our Kid’ at Just The Tonic at BrewDog in Leicester on Saturday 9 February. Tickets are priced at £14.