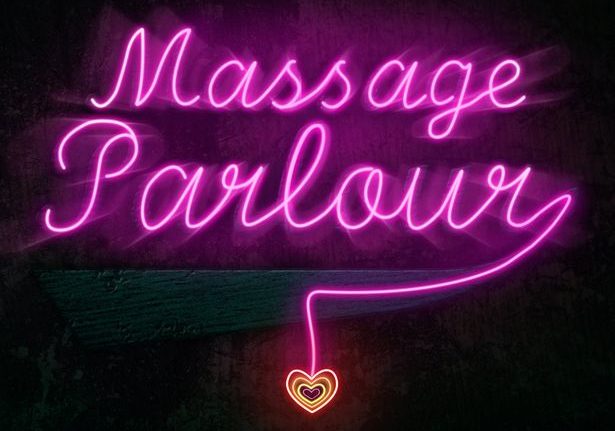 Spend an evening hearing about her true experiences of working as a receptionist in a tantric massage parlour and enjoy a hilarious peek behind the velvet curtain! We caught up with Jacqueline ahead of the festival to find out more about the show.

Your show focuses on your experience working in a tantric massage parlour, how did that come about?

I had just finished my MA in Scriptwriting and needed work. I heard about a job as a receptionist in a clinic but when I got there and saw the leopard skin sofa and women dressed as sexy Goddesses, I realised that it wasn’t quite what I had expected!

You play a number of characters during the show, are they all real people you met during your time there?

Yes, I met lots of weird and wonderful characters there, who feature in the story. There was one slightly edgy moment at a London performance when one of the real Goddesses came to watch the show. It was quite weird playing the role with her sitting directly in front of me! I think she enjoyed it though.

What was the one standout moment that made you think “This needs to be made into a comedy show”?

As soon as I arrived, I thought the parlour was very theatrical and visual with their costumes strewn around, and their stiletto-shaped phone. Plus, the Goddesses themselves were fantastic characters. I originally wrote it as a film but then, as I was also doing acting and stand up, I decided to turn it into a live piece so that I could (cue inner Judy Garland) “put on the show right here!” Of course, I hadn’t anticipated how much more embarrassing it was going to be to tell the story in person…

Fringe review described it as “Comedy gold”, what is it about the show that audiences enjoy so much do you think?

I think we all love a glimpse into a secret underworld; this show is like a peek behind the velvet curtain! Most of us wouldn’t go to a Tantric Massage parlour but we would certainly like to know what goes on in there. Also, because the show has a full story with several characters, it is more like a one-woman sit com and offers something different to classic stand up.

How does being a comedian compare to working in the massage parlour?

You make a lot less money! Turns out it’s less lucrative to tickle people’s funny bones than any other type – although less messy! Of course, as a receptionist, I got paid a lot less than the masseuses anyway, so I’m used to that.

What are you most looking forward to about Leicester Comedy Festival?

Last year, I came to Leicester as a punter to see some comedy and had a great time, bouncing from show to show (and drink to drink). It’s a great city and has a real buzz through the festival.

Who are some of your other recommendations to see during the festival?

I loved Sara Barron’s last show so looking forward to seeing her new work. Fiona Clift and Annie McGrath are brilliant too.

Sum up in 5 words why people should come to you show?

Jacqueline Haigh is on at Knight & Garter on Thursday 20 February. Tickets are £5 and are on sale now from the Comedy Festival website.