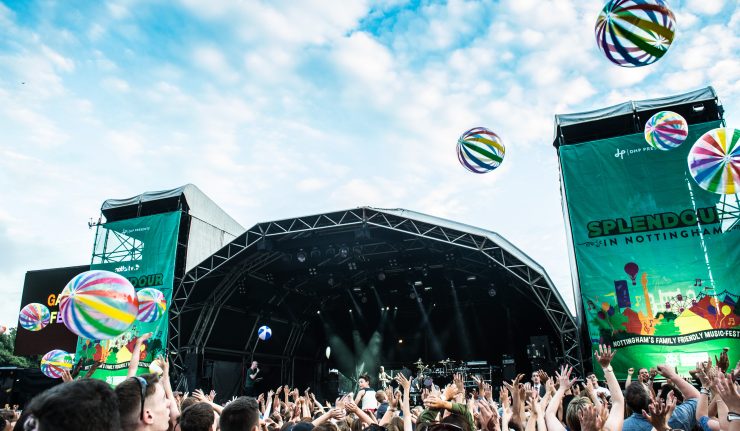 Looking for more festival fun this summer? Just down the road in Nottingham, Splendour is returning to Wollaton Park on Saturday 22 July and they’ve pulled together a line-up to suit many a varied taste! This year they’re celebrating their 10th anniversary and the line-up really reflects the development of the festival over the years.

With Kaiser Chiefs as the main stage headliners, they’ll be playing a set full of your indie favourites, whilst they’re rolling back the years with Billy Ocean and Tony Hadley also confirmed to be performing and pulling all of the classics out of the bag.

Looking for a slice of pop? Busted are back and will be on the main stage performing their hits from the early 00s as well as some new material that’s seen them rocket back to the heart of the pop world and saw thousands storm the tent to see them at Glastonbury.

It doesn’t stop there, there’s more musical goodness from British Sea Power, Gabriella Aplin and Black Grape (with Shaun Ryder from The Happy Mondays) plus some acoustic loveliness from Will Varley and a host of local act also performing. They’ve even got a comedy stage, funfair, kids arena and market on site too, and it’s all packed into 1 day!

Tickets are £46 (+ booking fee) with VIP upgrades also available. You can buy yours now from the Splendour Festival website.

Splendour takes place at Wollaton Park on Saturday 22 July. The last train departing Nottingham back to Leicester on that day is at 11.10pm.