Get those disco shoes on because Shalamar are coming to Leicester’s O2 Academy on Tuesday 25 April.

Yes, you can expect to hear classic songs as Shalamar perform their biggest hits including A Night To Remember, Take That To The Bank, I Can Make You Feel Good, There It Is and I Owe You One. The group have a whopping 25 million record sales under their belts and now Howard and Jeffrey, along with the newest member Carolyn Griffey, are driving audiences crazy with their renewed funky feel good music.

It’s been a great time for them to return to the live circuit as it seems that the almost insatiable demand for funky dance music in the UK has rarely been stronger.

As noted in the British Hit Singles & Albums, Shalamar were regarded as fashion icons and trendsetters, and helped to introduce ‘body-popping’ to the United Kingdom. Jeffrey Daniel brought street dance to the UK – he is noted as the dance mentor for Michael Jackson and the man that taught him the moonwalk. Howard Hewett is a one of the most iconic US soul artistes of all time, releasing numerous solo albums and collaborating or performing with some of the greats including Stevie Wonder, George Duke, Earth, Wind and Fire, Teena Marie, Anita Baker, Dionne Warwick, Deniece Williams, El Debarge. He was recently voted by Soul Tracks as one of the top 10 greatest male soul singers of all time.

What to expect?
“The final track was “I Can Make You Feel Good” and yet again, it was like watching fireworks. The dance routines, the singing, the chemistry, all merging to create something truly spectacular.” Hey Music Lover

“Their version of Mark Ronson and Bruno Mars’ Uptown Funk also had a great reaction, with people scrambling for their phones to record it. It was a night to remember certainly, with perhaps their most famous song doing what it says on the tin!” 5 star review, Music-News.com

Tickets are priced at £27.50 and are on sale now from Ticketweb or Skiddle. 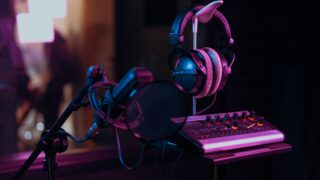