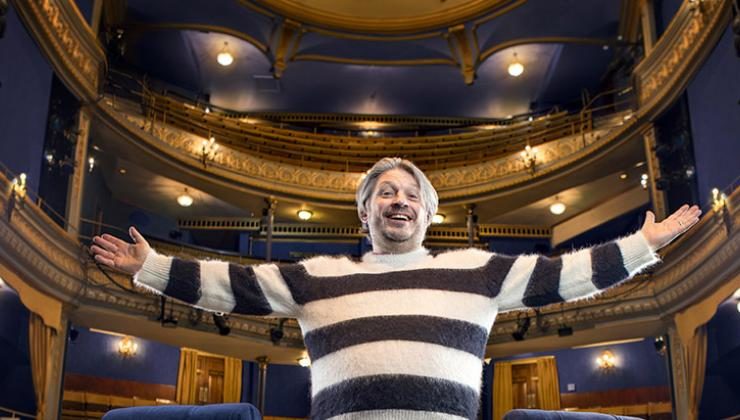 Richard Herring’s interview podcast, known to the cool kids as RHLSTP (as any regular listener will know), is usually recorded in London’s glittering West End at the Leicester Square Theatre, but now it’s going on the road and it’s coming to Leicester’s Haymarket Theatre on 19 September.

Join the “Podfather” (Guardian), “King of the Internet” (Time Out) and “The UK’s online comedy pioneer” (The Times) as he chats with star guests including Leicester’s own Grace Petrie.

Previous guests include Stephen Fry, Dawn French, Sarah Millican, Steve Coogan and Bob Mortimer and you can listen to all the 200+ previous episodes on Acast and iTunes. But it’s much more fun to see it live and hear all the bits that are too libellous and controversial to podcast.

“Jonathan Ross has a funny voice. And yes, Parky has a wise, crinkly face. But, for us, Richard Herring’s comedian on comedian chat action takes the crown… It’s made us laugh more than anything else on the internet”
Ben Williams, Time Out

The last few tickets for the Leicester show are on sale now from the Haymarket Theatre website.