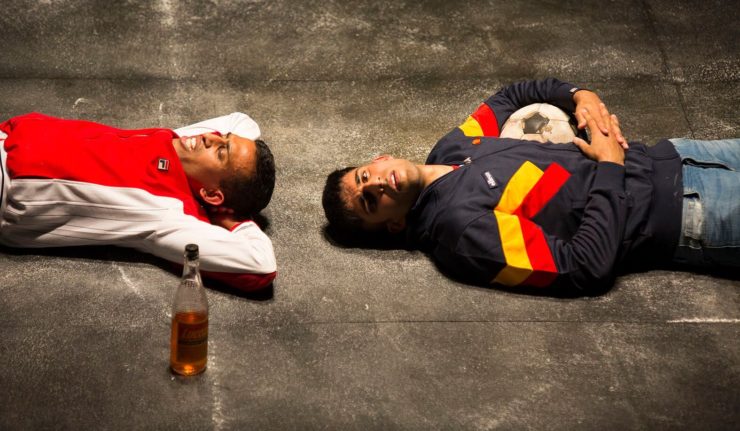 If you’re a football fan in Leicester you’ll have no heard of the Baby Squad. Now, those tales of football hooliganism that ran through Leicester are coming alive on stage at Curve in a brand new production, Memoirs of an Asian Football Casual.

Decked out in the latest designer gear and ready for a brawl with the rival firm on match day, Riaz and his friends create a multi-cultural gang advocating racial tolerance, where the only labels that matter are on clothes. But as the years go by and the casualties of football firms around the country mount up, Riaz soon discovers the true price of belonging to a subculture of violence.

Riaz is now a De Montfort University Lecturer, and Memoirs of an Asian Football Casual very much tells his the coming of age story.

This Made at Curve production runs from Wednesday 26 September – Saturday 6 October.

‘Cause we’re Leicester. We’re all Leicester!’

Tickets are on sale now from the Curve website.