Josh Widdicombe is back with a brand new stand up tour. A show that will change your life and how you perceive your place in the world. Bit much? Fine, it’ll be a very funny night of grumbles and jokes in which Josh will finally tackle the hot comedy topics of advent calendars, pesto and the closing time of his local park. And it’s coming to Leicester on Saturday 12 October with very limited tickets remaining.

It’s his first tour  in a while – whereas the early days saw him packing his diary with stand-up dates like any other aspiring comic looking to make their name, it’s been a couple of years now since he’s been regularly working live, and he’s enthusiastic about getting back into the habit.

“For the first time since I started doing stand up, I had some time off,” he explains, “and I absolutely needed it. I’d been doing stand up for eight years, and I’d kind of forgotten why I was doing it and why I enjoyed it.” Now he’s rediscovered his love of the artform, and wants to make the new show a distillation of the very best he’s capable of. “I wanted to do the best ‘pure me’ stand up show, and see if I could do eighty minutes that was just – “unremitting” is probably the wrong word,” he laughs. “But I like the idea of a show being almost relentless. I think when you watch Michael McIntyre, it feels relentless.”

What that has meant is a laser-like focus on eliminating mediocrity, dumping any joke that doesn’t come up to scratch before he takes the show out on the road. “In the warm ups if I’m not loving anything, I just drop it straight away. You know that Marie Kondo woman who says get rid of everything that doesn’t spark joy? I think that’s a really good way of writing a stand-up show. It’s like getting rid of the album tracks.” So if it was a record, everything that’s left would be good enough to be released as a single? “That’s what the aim is.” 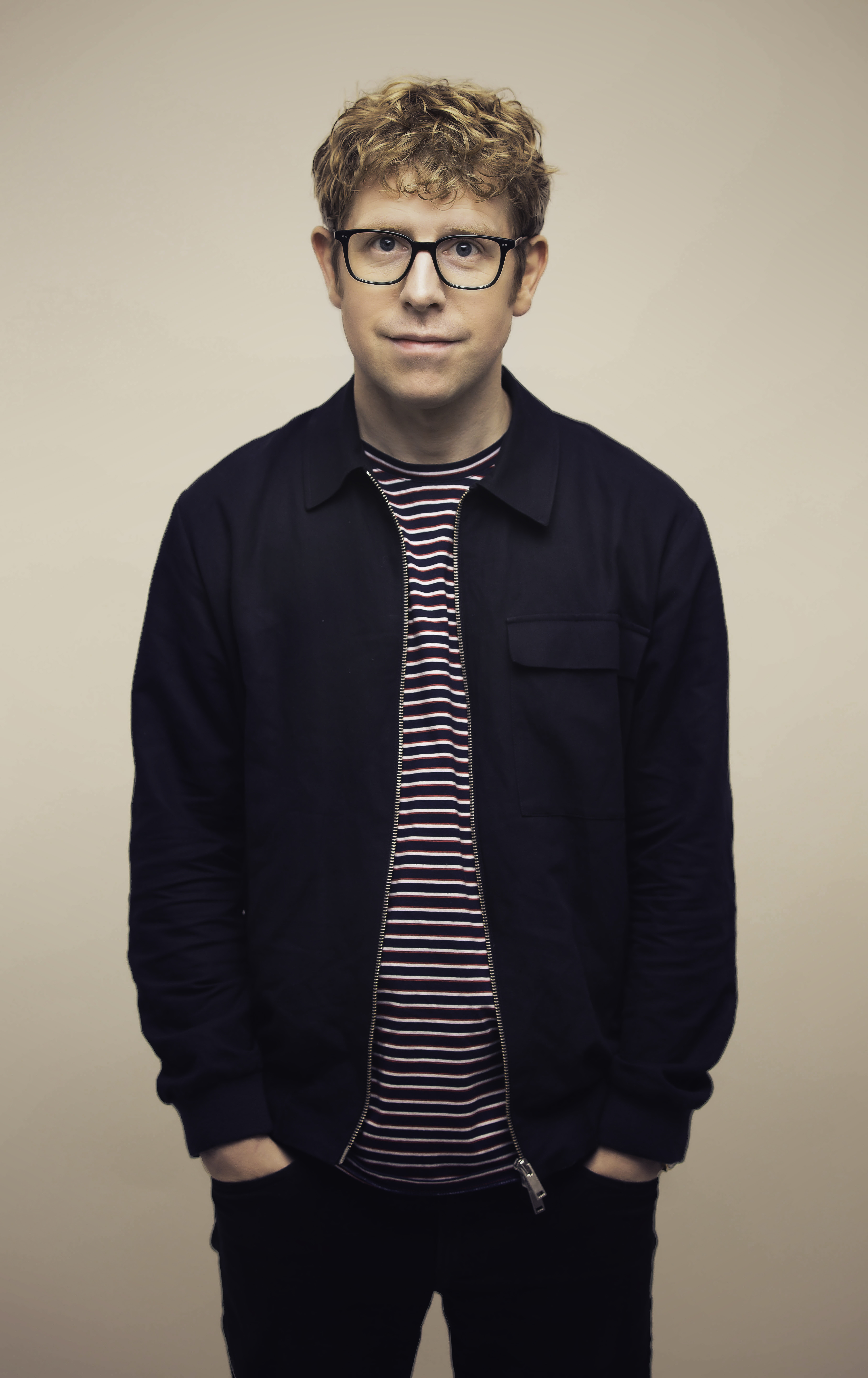 While he’s focused on quality control, Widdicombe isn’t reinventing himself on this tour – if you like what he does, then rest assured that’s what you’re going to get. Premium quality observational comedy, served up with an incredible eye for detail and an inexhaustible capacity for indignation. Don’t expect him to be banging on about Trump or Brexit – Widdicombe’s much more exercised by the smaller things in life, the everyday annoyances that drive us all to distraction. “That’s what makes me laugh, do you know what I mean? It’s different strokes for different folks, but I’d much rather watch Frank Skinner or Sean Lock than I’d watch a highly politicised hour of stand up, just because that’s what I’m into really.”

Is it more difficult, playing these big theatres than the comedy clubs where you started out? “Oh, it’s a lot more fun these days,” he says. “The absurdity of stand-up is that when you start you’re at your worst, and the gigs are the toughest! It’s just gets easier, because you’ve got people that want to come and see you now, and you know what you’re doing. That first two years, it’s about getting over that.”

So now that he’s made it, what kind of glamorous life does a touring comedy star enjoy? According to Widdicombe, there’s precious little excess and debauchery. “It’s a lot of sitting in a car with my tour manager and the support. Let me put it this way – last time on tour, the most extreme it got was we would have a running five pound wager on what the next band playing on Radio X would be.” Still, there are occasional perks. “I’m obsessed with the hotel breakfasts. That’s the real excitement. I’m already excited about staying in the Lowry in Manchester because the last time I was there I saw Ian Rush. That’s the kind of thing I’m into.”

On TV, Widdicombe’s well-known for his contributions to panel games – as a regular on Mock The Week, a captain on Insert Name Here, and a co-host (alongside James Acaster) of Dave’s Hypothetical. Why does he thrive in that kind of environment? “I just really enjoy it. Mainly, it’s having a laugh with your mates. My favourite panel shows are the ones where you’re all having a laugh and you’re just in the moment. Reacting in the room rather than trying to get your jokes out. And it’s a lovely way to earn a living, it’s as simple as that.”

Hypothetical saw Acaster and Widdicombe bending the panel show formula into bizarre new shapes – it was a show where daftness was far more important than rules or gameplay. The pair are now working on a second series and, Widdicombe says, “We’re asking ourselves, how can we make this more loose, and more off the wall, and more…” Silly? “That’s the word – silly!”

Widdicombe does admit to being “very competitive” and the clearest example of this is his extraordinary run of success on Taskmaster – winning the first series and then the “Champion of Champions” contest between the first five winners. What’s the secret of his success? “I think I really throw myself into it. And I do take it too seriously. So that would be why.” Will he ever go back? “I’ve retired. If they made enough Taskmaster for a Champion of Champions’ Champion, they’d need to do twenty five series.” But would you do it? “No, I’m quitting while I’m ahead. They don’t know that. But I am. But then I’m sure I’ll backtrack!”

It’s certainly a packed life – when we spoke, Widdicombe was en route to another of his TV commitments, Channel 4’s The Last Leg. It’s a show that started out as late night filler during the 2012 Paralympics, and has gradually become one of the network’s comedy heavyweights. How does something like that happen? “I think the first secret of the show’s success is that it had no pressure on it at the start.” Instead, the format and the chemistry between regulars Adam Hills, Alex Brooker and Widdicombe was allowed to develop organically. “It was just a late night show that was allowed to – it sounds as though I’m looking for a pun – it was allowed to find its feet.” The result is a warm show that tackles big issues without ever losing its sense of fun. “I think people like to spend time with the three of us,” Widdicombe says. “And I think also we take Brexit, or whatever, and we’re trying to understand it as much as other people are trying to understand it.”

While The Last Leg has featured A-list politicians like Al Gore and Jeremy Corbyn, Widdicombe’s favourite moments on the show all concern comedians – and especially those who are prepared to roll up their sleeves and muck in with the creative process. “I’ve really enjoyed it when we’ve had big comics who’ve said they want to come in for the writing day and look at how the show’s planned. Like Ricky Gervais and Stephen Merchant and Harry Hill coming into the office on the Wednesday and talking through what they’d like to do. As a comedy nerd, that’s the sort of thing that gets me far more excited than having a big movie star on.”

If it seems like a career that rarely pauses for breath, that suits Widdicombe. “I think I’m really easily bored,” he says. “I think if I just did stand up I’d go mad, or if I just did The Last Leg I’d go mad. The great thing about what I do is I can do different things and not get bored of it.” He says his plan from now on is to try and do something new every year – something he hasn’t tried before, and that scares him. But right now, he doesn’t know what those things are. So often in his career – with The Last Leg, or with his cult 90s football podcast Quickly Kevin Will He Score – the biggest successes have been unlikely propositions that suddenly caught fire with the public.

So he doesn’t have a bucket list of career ambitions. “I don’t think I’ve got any kind of weird dreams. Like, I wouldn’t suddenly go, ‘Yeah, actually, my dream is to be in EastEnders.’ Or ‘my dream is to present Location, Location, Location.’ I don’t want to be the next James Bond or anything like that.” You say that, but it’d be quite something to see. “Oh,” he says, “if it was offered, I would take it.”

Josh Widdicombe tours the UK with ‘Bit Much…’ from October to December 2019. Remaining tickets for the Leicester show on Saturday 12 October are on sale from the De Montfort Hall website.