Preview: Kate Nash on her Made of Bricks 10th anniversary tour 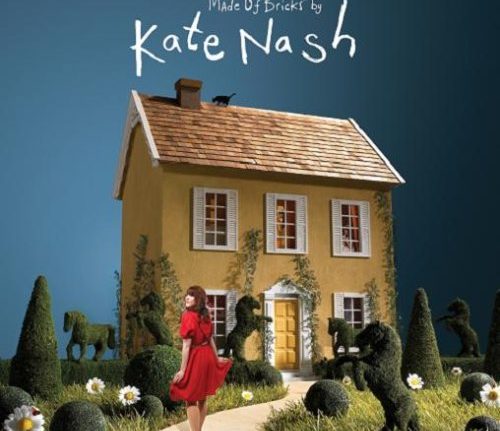 The super multi-talented songwriter and award-winning artist, Kate Nash, is heading to the East Midlands this weekend with the 10 year anniversary tour of her platinum selling debut album ‘Made Of Bricks‘. Kate is heading to Rock City in Nottingham on Saturday 5 August and the last few tickets are on sale now!

The tour will see Kate play the fantastic Made of Bricks album in its entirety, featuring some of our all time favourites including Birds, Nicest Things and, of course, Foundations. Hard to believe that it’s now 10 years old!

Speaking about the album and tour, Kate commented, “I am so excited to celebrate my 10 year anniversary of Made of Bricks. This was a life changing record for me. At the time of making it I had no idea what to expect, what making a record even was, and how much this would open up a world of art and music to me. After a decade of creating, recording, performing and living I feel more confident about my abilities than ever and I look forward to approaching these performances from where I am today. I can’t wait to share this with fans old and new, I’ve honed my performance skills and this will bring new life to old material, mixing a sense of nostalgia with a shiny bright future. I’m so proud of how far I have come and I actually feel like I have a stronger connection to the songs now than I did then. I’m more in tune with myself and I think that translates through my performance. I also feel like this album keeps me connected to why I create music. It’s an important reminder to me to stay creative, open, imaginative, to have a sense of fun and remember the london streets I grew up in. It’s amazing to be fortunate enough to have a career as an artist. So hashtag blessed. I’m as ever grateful to my beautiful fans!! And I’m excited to invite them to something extra special this summer!”

Aside from music, Kate Nash is also appearing as Rhonda is the Netflix Original series “G.L.O.W.” Produced by award winning Jenji Kohan (Weeds, Orange is the New Black), “G.L.O.W” (aka Gorgeous Ladies of Wrestling) was created by Liz Flahive (Homeland) and Carly Mensch(Orange Is The New Black) and is a 10-episode comedy inspired by the real story of the 1980s female wrestling league.

The last few tickets to see Kate Nash at Rock City are priced at £18 and on sale now from Alt Tickets.