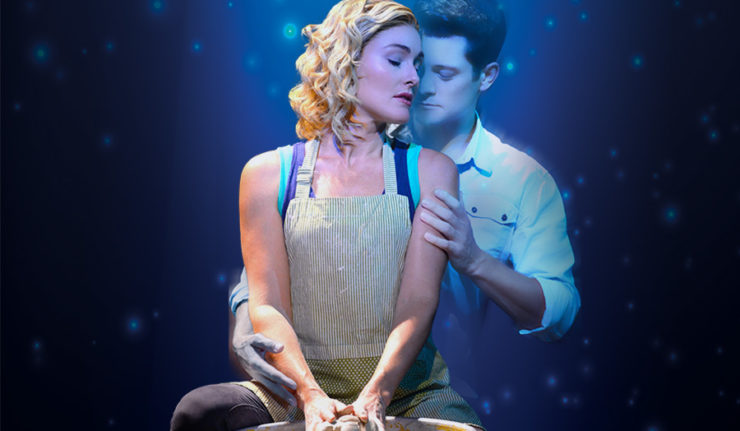 If you were born in the 80s then chances are you’ll have seen the movie Ghost a fair few times, if you haven’t then go and watch it right now. Patrick Swayze, Demi Moore and Whoopi Goldberg together, it’s a classic. But now it’s coming to Leicester on stage as Ghost The Music lands at Curve from Tuesday 29 January – Saturday 2 February 2019.

If you’re not familiar with the story, walking back to their apartment late one night a tragic encounter sees Sam murdered and his beloved girlfriend Molly alone, in despair and utterly lost. But with the help of a phony psychic Sam – trapped between this world and the next – tries to communicate with Molly in the hope of saving her from grave danger.

The movie was one of cinema’s biggest all-time hits. Starring the late Patrick Swayze, Demi Moore and Whoopi Goldberg it was the highest grossing film of 1990 and won an Oscar for screenwriter Bruce Joel Rubin, who has adapted his screenplay for this musical. The movie and the musical feature The Righteous Brothers’ Unchained Melody alongside many more terrific songs co-written by Eurythmics’ Dave Stewart.

If you loved the film, you’ll love the musical. Tickets are on sale now priced from £20. Find out more and buy on the Curve website.

previous article
Join the Tigers squad for a post-match gin celebration
next article
Interview: Chris Ramsey’s Just Happy To Get Out The House

An Evening of Queen at Leicestershire County Cricket Club