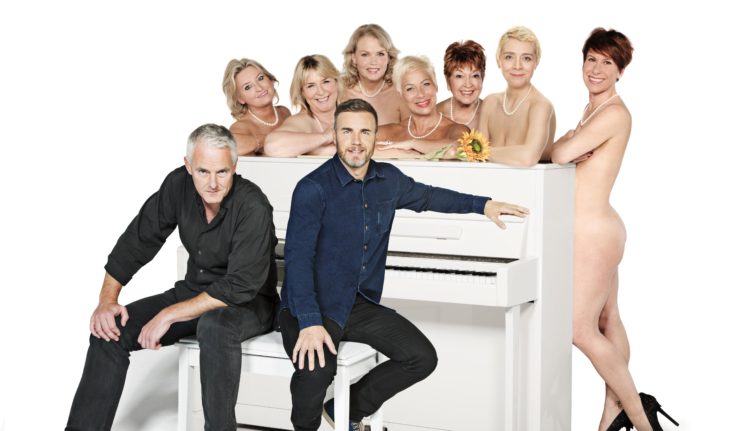 Based on the true story, film and award-winning play, Calendar Girls is now back as a musical, by Tim Firth and none other than Gary Barlow. The brand new production is coming to Leicester from Tuesday 16 – Saturday 20 October, with a wonderful cast including Fern Britton and Denise Welch.

Calendar Girls has been a huge hit as both a film and play, the play itself previously having successful runs at De Montfort Hall, but now the critically acclaimed and award-winning musical is set to wow audience. The production played a six-month London season at the Phoenix Theatre last year, and, before that, this musical comedy played sold-out seasons in Leeds and Manchester.

So how did Gary Barlow come to be involved? He and Tim Firth grew up in the same village in the North of England and have been friends for 25 years.  With Take That, Gary has written and co-written 14 number one singles, has sold over 50 million records worldwide and is a six times Ivor Novello Award winner.  Tim has won the Olivier Award and UK Theatre Award for Best New Musical, and the British Comedy Awards Best Comedy Film for Calendar Girls. What better partnership could there be for a hit musical?

We also caught Hi-De-Hi’s Ruth Madoc for a few words. “It’s just such a special show to be a part of. The original girls are so closely involved and all the cast really feel the story.”

“I have such fond memories of performing in Leicester. I was there for The Wedding Singer at Curve and, of course, previously with Calendar Girls the play at De Montfort Hall. We can’t wait to come back!”

Calendar Girls the Musical is inspired by the true story of a group of ladies, who decide to appear nude for a Women’s Institute calendar in order to raise funds to buy a settee for their local hospital, in memory of one of their husbands, and have to date raised almost £5million for Bloodwise. Bloodwise, the UK’s specialist blood cancer charity, will continue to receive monies from this production