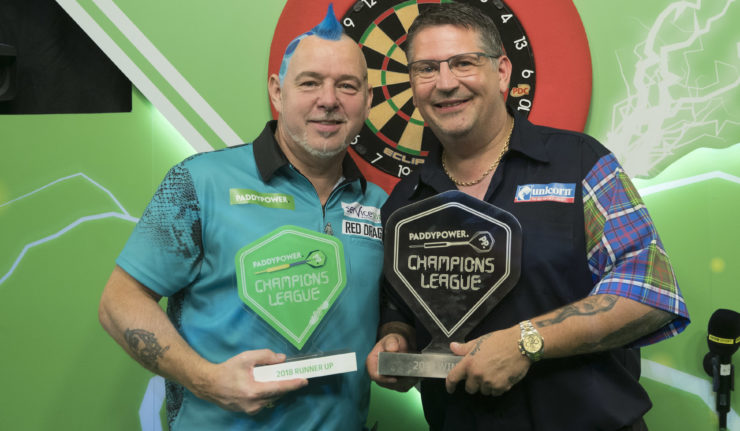 The Paddy Power Champions League of Darts is coming to Leicester for the first time and will be held at Leicester’s Morningside Arena on October 19-20.

The Champions League of Darts is televised annually by BBC Sport and was introduced in 2016, with Phil Taylor and Mensur Suljovic claiming the title before last year’s success for Gary Anderson, who overcame Peter Wright in the final.

The tournament features eight players competing across two days, with the stars split into two groups of four for the opening three sessions, before the top two players from each group progress to take part in the semi-finals and final.

This year’s fourth staging of the Champions League of Darts, on October 19-20, will see the tournament move to Leicester as a PDC tournament visits the city for the first time.

PDC Chief Executive, Matthew Porter, commented, “The Paddy Power Champions League of Darts has been a popular addition to the PDC calendar in the past three years and the Morningside Arena promises to be an excellent host venue”.

“This is a fantastic opportunity to see the world’s eight leading players competing in a quick-fire format across two days. We had great drama in last year’s tournament and expect another high-quality Champions League in October.”

It’s a great coup for Morningside Arena, the home to our BBL side, Leicester Riders, with the venue having also successfully hosted wheelchair rugby, boxing, music, comedy and entertainment shows, with more big plans on the horizon!

Morningside Arena Manager, Dave Clayton, added, “Darts is a sport that anybody can get involved with and to be able to bring this to a sports-loving Leicester audience for the first time will be a ground-breaking and historic occasion.

“We are proud to be welcoming the Paddy Power Champions League of Darts and look forward to welcoming the top eight players, whoever they may be, come October.”

Paddy Power’s innovative sponsorship of the event will include the offer of a huge £100,000 prize to be split amongst the crowd who attend the session if a nine-dart finish was achieved.

A Spokesman for Paddy Power said: “We’re excited to bring the Champions League of Darts to Leicester, a city famous for one of the most incredible sporting achievements in recent memory.

“This year we’re hoping to make history ourselves by offering ticketholders a share of £100,000 in our nine-darter prize pot, believed to be the BIGGEST CROWD PRIZE IN WORLD SPORT!

“Alongside top-class sporting action, we’ll be bringing never-seen-before experiences to darts fans in the Midlands.”

Tickets for the 2019 Paddy Power Champions League of Darts are on sale now.

Accessible for All art trail across Leicester