Wigston is set to get a new independent foodie spot as a family corner shop in Wigston Fields re-invents itself as it reopens with a new deli this weekend.

Master’s General Store located in Carlton Drive is currently undergoing an exciting transformation and will relaunch as the News & Deli on Saturday 2 March. While the shop will continue to serve the local community as before, there will also be an added offering of food and drink from small local producers. Think natural milk with the cream still on top from Vine Farm Dairy in Great Dalby, wine grown and made in Leicestershire by the Rothley Wine Estate and sweet treats from Choux’tique, among others. 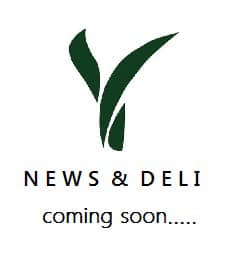 All suppliers have been selected because of their commitment to working sustainably and ethically, using the best natural and local ingredients.

If you head down on the opening day on Saturday 2 March there’ll be a selection of tasters from the suppliers for you to enjoy, giving a real flavour of what’s to come from the deli. They have a very exciting line up of food & drink planned to satisfy every taste. From local and national craft beers, ciders and spirits, to fresh produce including British and European artisan cheeses, charcuterie, eggs and bread.

The shop’s evolution is the brainchild of Pratik & Bee Master, the directors of the celebrated Indian restaurant Lilu, on Highcross Street in the city centre. They are taking over the shop from Pratik’s father, who is looking forward to retiring after nearly 20 years behind the counter. In line with the #NotJustACurry ethos associated the restaurant Lilu, News & Deli will be using the hashtag #NotJustACornerShop.