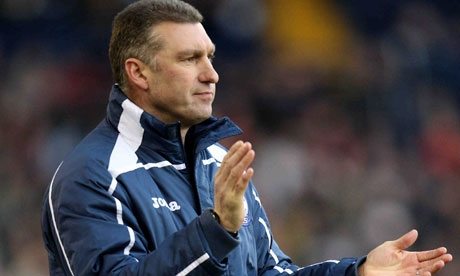 Well it seemed to take for ages, but it looks like Leicester City have got their new manager.

Errr, well an old manager welcomed back to be honest and not the one everyone was perhaps hoping for.
Unless the special one does a sudden U turn and changes his mind it looks like Nigel Pearson will once again be sitting in the home dugout at The King Power (and yes i do know it was The Walkers when he was last with us).

Unexpected? Even my ‘reliable source’ at The KP thought we were going up the Mark Hughes path.

Listening to the phone in on Radio Leicester last night, his return, it seems, will be greeted with mixed emotions.
Every possible named had been linked with the vacancy, but it is perhaps a mark of the man that he ask to speak to us knowing that he was putting his Hull job on the line if he didn’t get it (remember Ian Holloway doing that).
To be fair its great to see a man get the job (it appears) that actually wants it.

We could examine his record and we could assess it and cut it into little pieces, but the fact are that the last time he was here in two season’s he got us out of League 1 at the first attempt (as Sundays opposition how hard that is) and nearly got us into the top flight at the first time of asking.

Yes he filled a team with loanees, but money restraints left him with little option, and lets be honest better that that but a load of players to get us out of the third tier but who wouldn’t prove good enough for the second. Loaning them for one season, seeing if we stayed in League 1 or we made it into The Championship before deciding who to keep is surly the sign of good decision making?

Yes he made some mistakes. But then where would we have been if Sven hadn’t brought in Ricardo? Where would we be now if Sven had a plan B v Birmingham or Millwall. Even the so called greats get it wrong and in football these days its a fine line between success and failure.

Pearson left when the ‘old’ regime was in charge at what was then the Walkers. Lee Hoos, we all know, did not get on with him and when he wanted it Milan Mandaric failed to back him.

So back he comes, to a stronger squad with some top class players, with a reported £20m to spend on new ones come
the transfer window in January.

Will he bring back Fryatt and Hobbs? Who knows, but it is unlikely Hull will release them. Waghorn will of course return from his loan spell.

So back comes Mr Pearson to tidy up some unfinished business.

How many times do we say this with Leicester City Football Club but its going to be an interesting ride!!!