City centre pub, The Two-Tailed Lion, will be re-opening its doors, for a ‘click and collect’ beer service on 2nd, 3rd and 4th July 2020.

Due to the lockdown the pub won’t be doing any walk up sales but orders can be pre-booked via the pub’s website. It will also be launching the new line-up of beers from Leicester’s very own Framework Brewery. Both Leicester-based companies have been closed throughout to the Covid-19 lockdown and are teaming up to provide Leicester’s beer aficionados with a new selection of craft beers.

The popular Leicester pub celebrated its second birthday on 22 June and whilst this milestone couldn’t be marked as planned, the pub is delighted to be re-opening its doors to the public for safe takeaway and pre-order collections. Unfortunately due to the renewed lockdown the pub will no longer be serving draft beers. however there is a full range of fresh canned and bottled beers and cider fresh from the fridge. With click & collect available, customers can order from the pub’s website – thetwotailedlion.com – and collect from the loading bay outside the pub. Leicester’s Neo-Neapolitan pizza pizzaiolos Martin Bros. will also be offering a takeaway pizza service from the pub on Friday 3 July – allowing customers to pair their favourite beer with the perfect pizza. The pizza also has to be pre-ordered, so check out their socials for availability.

Customers will be able to choose from four new Framework beers, including the ‘All together’ Beer Trio and the first in a new series of New England Pale Ales (NEPAs), named after Leicester city’s motto Semper Eadem. 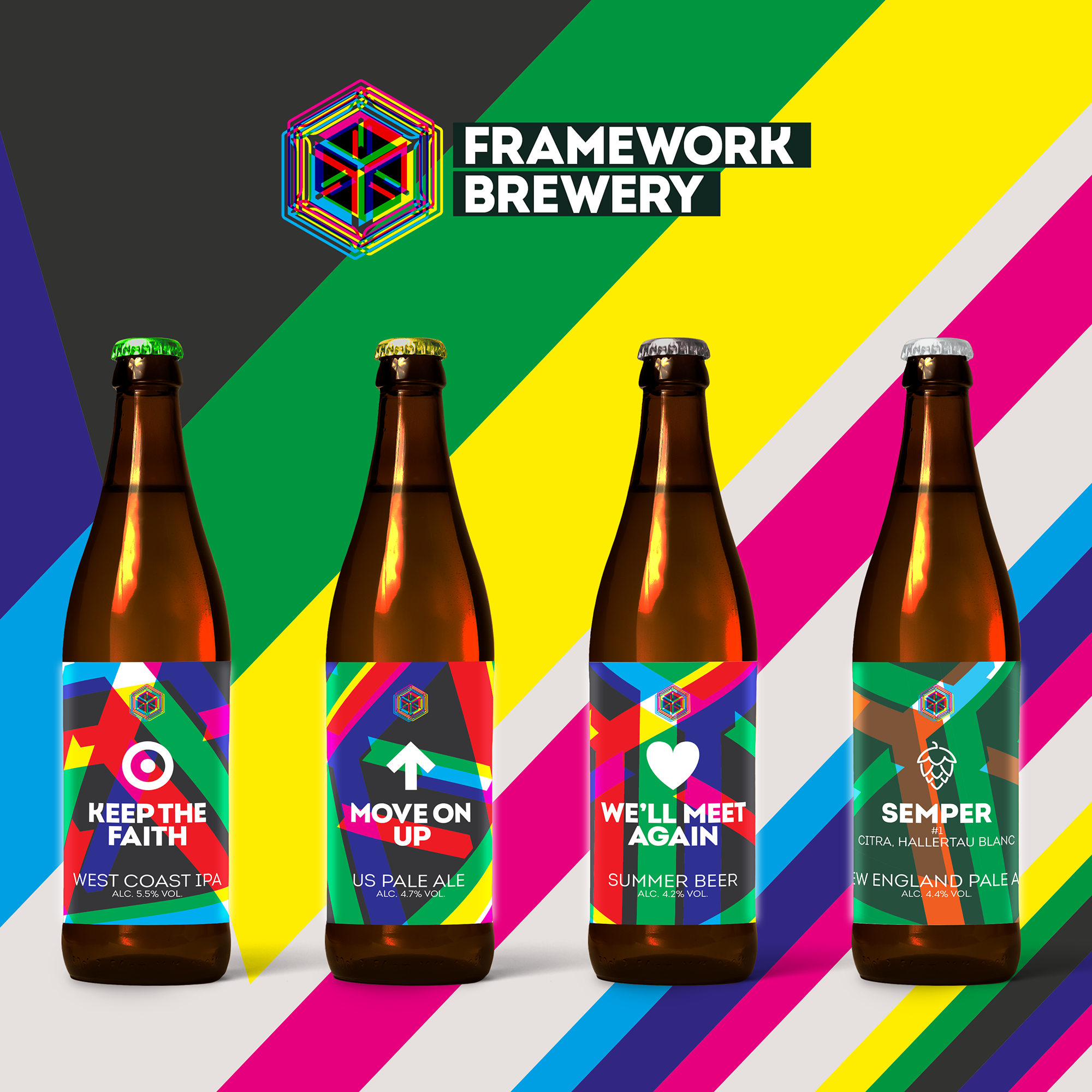 • Keep The Faith – a balanced West Coast style IPA at a robust 5.5% ABV – dry-hopped with Chinook, Centennial, Columbus and Comet, full of body and flavour.

• Semper #1 – The hazy, hoppy series will feature an ever- changing hop profile, with the first in the series featuring the hops- of-the-moment; Citra and Hallertau Blanc to create a truly modern beer that delivers a real hop hit.

• Move On Up – a refreshing US style pale ale at a sessionable 4.7% ABV – hopped with Chinook, Amarillo and Cascade and full of summer citrus flavours.

• We’ll Meet Again – a truly sessionable summer beer at an easy-drinking 4.2% ABV – hopped with Pilgrim and Bramling Cross, this is a classic light English summer beer.

Beer will be available in re-usable, recyclable plastic take-out containers, or alternatively customers’ can bring their own sterilised growlers or other sealable containers. This will all be served from a safe area in the entrance hall of the pub in Millstone Lane.

Order your beers via The Two Tailed Lion website.