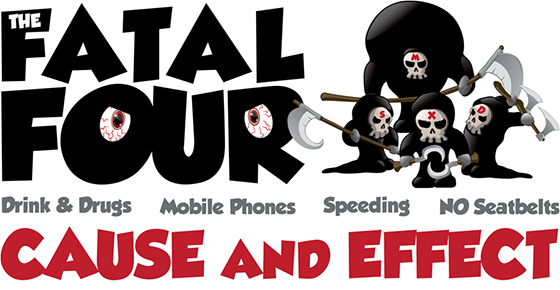 Leiestershire Fire & Rescue Service have released a video to promote their Fatal Four campaign, aimed at reducing the number of road traffic accidents each year.

Very early, on the morning of Monday 26 January, firefighters Ainsley Burton and Rich ‘Mo’ Curtis began to create a large piece of graffiti on a wall at Western Fire and Rescue Station (New Parks), and what’s more, it was all captured on camera!

In a unique attempt to reduce the number of road traffic collisions that Leicestershire Fire and Rescue Service now have to deal with, Ainsley and Mo came up with an original way to get a road safety message across by creating a large graffiti style mural depicting the dangers of The Fatal Four. Whilst they worked, they were fortunate to have the talented photographer, Scott Choucino, capture their work, which has resulted in the below video being released.

Station Manager for Western Fire and Rescue Station, Andy Galway, said: “We hope this innovative way of promoting The Fatal Four will help reduce the number of young drivers who die on our roads each year from drink and drugs, using their mobile devices, speeding and not wearing seatbelts”.