New Birmingham route for under £25

Great news for Midlands based travellers. Flybe has just announced the launch of a new route from Birmingham to Deauville-Normandie. Starting on 22nd June and running to 26th September 2015, this summer route will operate three times a week on Tuesdays, Thursdays and Sundays. With a flight time of just one hour and single fares starting at £24.99 including taxes and charges, the region of Normandy is more accessible than ever.

Situated on Normandy’s Côte Fleurie just a ten minute drive from the airport, the chic seaside resort of Deauville boasts a strong equestrian tradition, smart boutiques and a grand casino. A historical favourite with France’s high-society, Deauville is often referred to as the ‘Parisian Riviera’ and has hosted the likes of Chanel and Colette. There is a vibrant cultural calendar throughout the year, the highlight of which is the American Film Festival that takes place every September and welcomes big name stars to the beachside red-carpet.

Literally a stone’s throw from Deauville across the River Touques you’ll find the traditional fishing town of Trouville-sur-Mer. The town’s wide sandy beaches, winding streets and Belle Epoque architecture have inspired French writers and artists from Flaubert to Boudin. The beach at Trouville was the first in Normandy to have a boardwalk in 1867 and the town has been attracting sea bathers since the 19th century. Today Trouville is a favourite family seaside resort offering a range of water sports, guided boat trips and an activities club for children.

Head east along the coast from Deauville and in less than 30 minutes (or 15 minutes from Deauville airport) you’ll arrive at the picturesque town of Honfleur. Favourite subject of the Impressionist artists, this charming fishing port looks much as it did when Monet was a frequent visitor. For those in search of culture, the Eugène Boudin Museum displays the works of some of the great Impressionist artists while the Maisons Satie take you into the local born composer’s world of music, humour and fantasy.

A few miles inland from Deauville will bring you to Normandy’s picture-perfect countryside of the Pays d’Auge. This lush agricultural land is a food lover’s paradise – this is where three of Normandy’s A.O.C (controlled designation of origin) cheeses originate – Camembert, Pont l’Evêque and Livarot- and where you’ll find most of the region’s distilleries.

The 24-mile Cider Route signposts 20 distilleries that will open their cellars, share their production secrets and offer visitors a tipple of their cider, calvados or pommeau. The route will take you through pretty villages of half-timbered houses, Norman cattle grazing amongst the apple orchards and impressive châteaux. This summer, not only will the Pays d’Auge play host to lovers of fine food, but to the world’s biggest cycle race too – the Tour de France will set off from the town of Livarot on 10th July.

Arriving into Deauville-Normandie offers the ideal solution for a hassle-free seaside family holiday or a cultural getaway with Normandy’s historical capital of Rouen and the unmissable D-Day beaches all but an hour’s drive from the airport. With a great range of accommodation options from affordable self-catering, to friendly B&Bs and luxurious 5* hotels, Normandy has something to suit everyone’s taste. 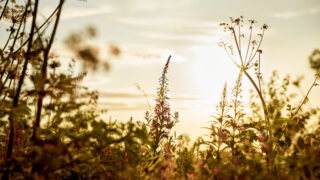