N-Dubz Are Back In Town 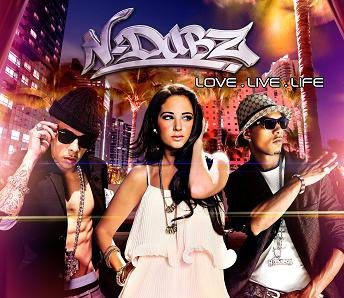 They might not be everyone’s cup of tea but pop-hip-hop trio N-Dubz are coming to Leicester on Saturday for a late addition to their Love.Live.Life tour. Fresh from a huge sell-out arena tour this is a chance to see them in more intimate surroundings as they take to the stage at Leicester’s O2 Academy.

Named after their North London roots (N-Dubz/NW postcode… get it?) the band have been together since they were little kids and have been on stage as a trio for over 10 years. Not content with topping the charts, they’ve also had a best-selling book, their own TV series, a record deal signed in America, award nominations galore and a legion of fans across the country. Of course there will always be the haters, but nobody can argue that N-Dubz have become one of the most culturally significant groups of their generation. Last week they were playing to 15,000 people at their sold out London O2 Arena show so don’t miss out on the chance to experience the phenomenon of their tour in a much more intimate setting.

N-Dubz perform at Leicester O2 Academy on Saturday 7th May. Tickets are on sale now priced at £20 and can be purchased from HERE.