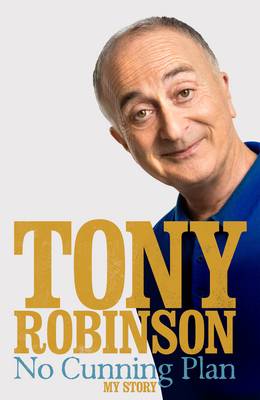 One of TV’s favourites, Sir Tony Robinson, will be in Leicester on Sunday 30 October to discuss and sign copies of his new autobiography, No Cunning Plan.

Best known as playing Baldrick in Blackadder, Tony Robinson soon became a British comedy hero. Other well known roles include hosting Time Team and you might also remember him as The Sheriff of Nottingham in Maid Marian and Her Merry Men, a children’s TV series created by Robinson, himself.

A favourite with all ages, don’t miss your chance to go down and hear even more about his career as he discusses his new book, then grab yourself a signed copy from the man himself.

“Is it as cunning as a fox what used to be Professor of Cunning at Oxford University but has moved on and is now working for the U.N. at the High Commission of International Cunning Planning?“

Sir Tony Robinson will be at Waterstones in the Highcross on Sunday 30 October at 12.30pm