Meet rugby legend Neil Back over burgers at Meatcure 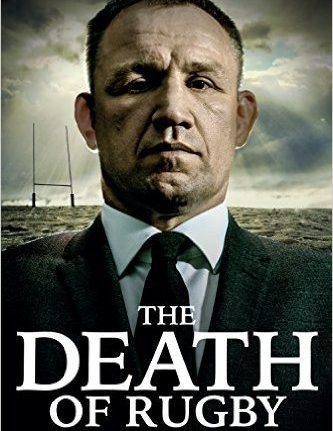 Sport and burgers, the perfect combination.

Good news rugby fans… Leicester Tigers, England and British & Irish Lions legend, Neil Back, will be appearing at Meatcure, Leicester on Sunday 7 February to sign copies of his autobiography, The Death of Rugby. The World Cup winner and former Tigers and England captain will be signing books in the restaurant from 3pm.

Neil Back has retained his place as a firm favourite among Tigers’ fans, having spent 18 years at the club as a player and coach. In 1999 he was the club and Premiership’s top try scorer and in 2001 he scored a try in the Heineken Cup Final, which saw Tigers beat Stade Français by 34–30. Neil also had a ‘hand’ in securing back-to-back Heineken Cups beating Munster 15 v 9 the following year. Neil was an integral part of England’s 2003 World Cup winning team, scoring 2 tries during the tournament. Following 66 caps, and as the only English forwards in the history of the game to score a drop goal, Neil Back went out on a high as the World Cup Final against Australia marked his final appearance as an England player.

Released in 2015, The Death of Rugby is a tale of triumphs, heartaches and broken promises. The book features contributions by captain fantastic, Martin Johnson, Jonny Wilkinson, Sir Clive Woodward and England RWC back row buddies Lawrence Dallaglio and Richard Hill, making it a must read for any rugby fan.

Fans coming to the signing will also be able to enjoy 20% off food as Meatcure will be offering a discount to anybody who purchases a book on the day.  Meatcure is located at 19, Highcross Street, Leicester and the menu features a delectable range of gourmet burgers, as well as steak, salads and kids & tots options, all freshly prepared with local produce. Full information can be found on the Meatcure website.

The Death of Rugby is priced at £18.99 and the signing session with Neil Back will be first come first served. It will take place at 3pm on Sunday 7 February at Meatcure, 19, Highcross Street, Leicester, LE1 4YP.