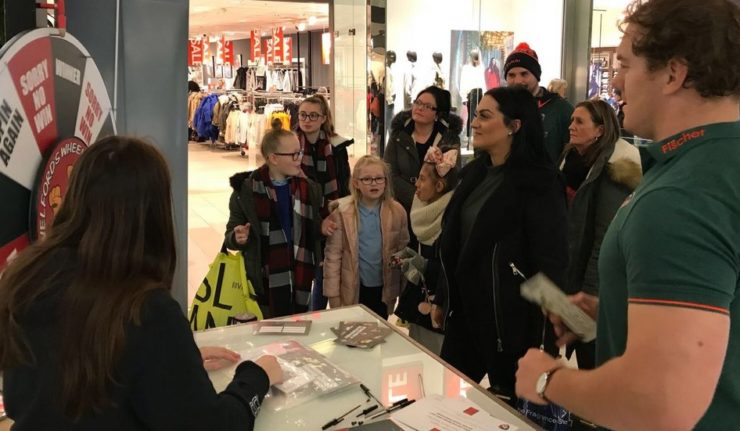 Kids bored over half term? Stuck for Valentine’s ideas? Both Leicester City and Leicester Tigers are holding player signing events this week for you to head down to.

Leicester City fans can head to the City Fanstore on Wednesday 14 February between 1pm – 2.30pm to meet new recruits Adrien Silva, Fousseni Diabaté and the Premier League’s top tackle, Wilfred Ndidi. On the day fans can make the most of 50% off replica kits along with free shirt printing for any of the 3 players at the signing.*

For Leicester Tigers fans you can head down to Highcross between 11am and 1pm where Jonah Holmes, Michele Rizzo, Tom Brady and Will Evans will be there for photos and autographs. Fans will also be able to enter to win match tickets to see Tigers take on Northampton Saints on April 14 at Welford Road, as well as enter a free prize draw to win a signed Tigers shirt and ball. You’ll find them on the Lower Mall at the John Lewis end of Highcross.*

*Players at both events are subject to change and supporters are advised to arrive early.

previous article
Review: Cicchetti at San Carlo
next article
Where to go for Pancake Day 2018