Love Actually, everyone’s (well, a lot of people’s…) favourite seasonal romcom, will tour the UK this winter with a full orchestra performing its soundtrack live to picture, and even better news… it’s coming to Leicester.

The perfect way to kick off the 2019 holiday season and to get into the spirit, the Love Actually Live Concert Tour will be arriving in Leicester on 26 November for a date at De Montfort Hall.

Last year’s debut performances garnered sold out audiences across the country, with the Shropshire Star describing it as ‘… a wonderfully-magical night that really got everyone into the Christmas spirit’; whilst the Nottingham Post commented the performance was ‘Funny, heart-wrenching and downright cheeky on occasion the musicians do not just provide the background noise but all have their moments to shine.’ 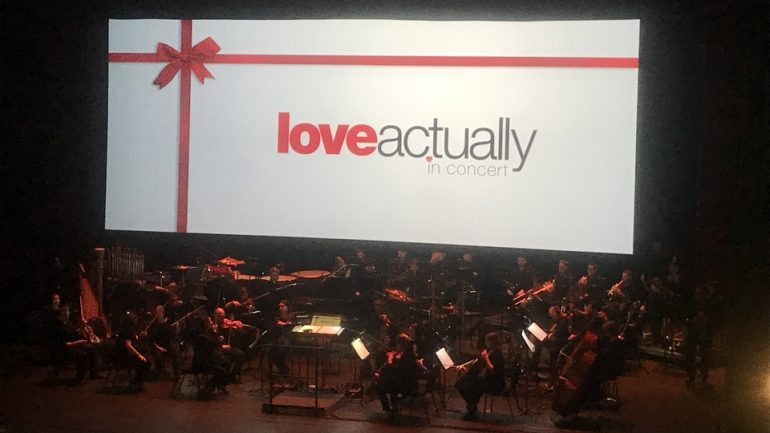 A full, live orchestra will perform Craig Armstrong’s evocative score at these shows, with the film being projected onto a huge screen. Armstrong is one of the UK’s most recognised film composers, with his work being awarded a BAFTA for his Achievement in Film Music.

With the film becoming a Christmas tradition for many, audiences attending the Love Actually Live Concert Tour will be treated to a unique way to watch the film that has gotten so many into the holiday spirit for the last 15 years.

Tickets start from £29.50 and go on sale on Friday 15 February from the De Montfort Hall website.