Pop fans, listen up! Little Mix are heading to Donington Park for an open-air concert as a part of their ‘Summer Shout Out Tour’, on Saturday 1st July 2017.

Little Mix will perform their signature hits, including ‘Shout Out to My Ex’, ‘Black Magic’, ‘Hair’ and ‘Wings‘, alongside tracks from their new album ‘Glory Days‘.

Little Mix have grown better and bolder with each new album and 2016 was an incredible year for the band with another massive No.1 single ‘Shout Out To My Ex‘, and their album ‘Glory Days‘, shooting straight to No.1 on the Official Albums Chart. 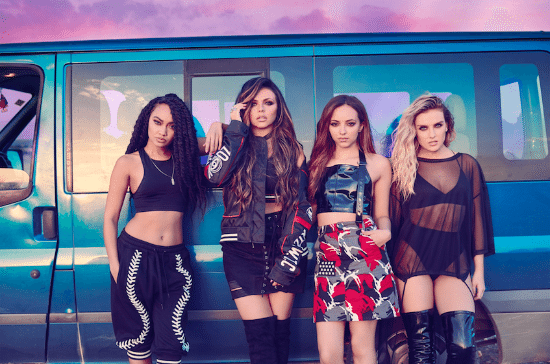 Roger Lowe, Commercial Director at Donington Park said:
‘We are delighted to be working together again with Music Plus Sport on this project, on what will be an exciting new concert for the region, featuring one of the world’s most in-demand pop groups. We’re thrilled to be announcing and welcoming Little Mix to Donington Park in the summer and are certain the event will be a huge success for all parties involved and those attending.’

Donington Park is one of the UK’s most popular racing circuits and based just down the road from us here in Leicester, so no excuses not to get your pop dancing shoes on! The announcement of Little Mix is a continuation of Donington Park’s plan to further expand their live music offerings in order to ensure that they have something for everyone to enjoy no matter of music taste in the Midlands.