All Leicester Tigers supporters have their own ideas of who the best player they’ve seen play for the club is or who’s had the biggest impact. Now fans can play their part in Leicester Tigers history as the club launches a new annual Hall of Fame event.

The club will come together at a special event on Tuesday 21 April to celebrate and acknowledge the contribution of those outstanding individuals who have played for and served the club. You can be there too, alongside guests including past and present Tigers players.

From the most decorated to the cult hero, the clubman to life members, supporters can put forward their nominations for a shortlist with finalists eventually selected by a judging panel made up of past players alongside club and supporter representatives.

The Hall of Fame launch event will be hosted by former Tigers forward Matt Poole when guests will be able to hear from players past and present as well as enjoying a three-course dinner in the stadium’s Premiership Suite. 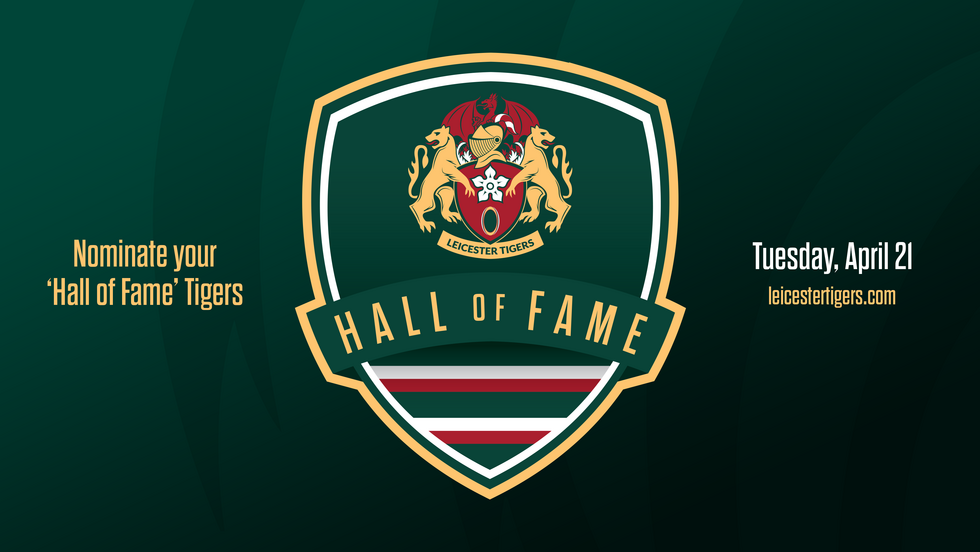 Nominations for the Hall of Fame are now open and will close at 12.00pm on Friday 7 February.

Tickets to the event are priced at £100 per person including a 3 course meal and drinks reception in the changing room with photo opportunities. Buy your tickets online.