The Comedy Festival is coming up very soon and Leicester Fridge are on hand to get you in the mood with their Preview Show at Firebug on Saturday 18 January.

On the night you’ll see loads of top Leicestershire-based acts who will be performing short teasers of their main festival shows. Even better, tickets are only £8! It’s the best way to be able to discover great new acts to see at the festival, plus you’ll also be supporting your local comedy scene.

On the night you can expect a varied mix of new and more experienced acts, including stand-up, improv, character, sketch and musical comedy. There’ll be 5 minutes for each act to make an impression and give you a flavour of their full festival show so you can get booking those Comedy Festival tickets.

The show takes place on Saturday 18 January from 8pm at Firebug. Tickets are available from the Comedy Festival website. 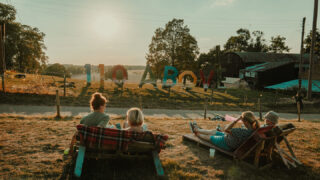