Imagine Leicester without the Comedy Festival? Nope! Fortunately a whole host of top comedians love it as much as all of us and they’re playing their part in securing its future by taking part in a series of online interviews with Comedy Fest founder, Geoff Rowe.

Big Difference Company, the registered charity which produces the festivals, has announced an exclusive programme of online interviews with comedians including Al Murray, Lucy Beaumont, Zoe Lyons, Paul Sinha, Ed Byrne, Angela Barnes and more special guests to be announced.  The Happy Hour Q&As, all hosted by Festival founding director Geoff Rowe, will be online throughout August this year, and all ticket money will go towards supporting the festivals.

The Happy Hour Q&As also come alongside the news that the Comedy Festival along with the UK Kids’ Comedy festival will both be returning and taking place from 3-21 February 2021. 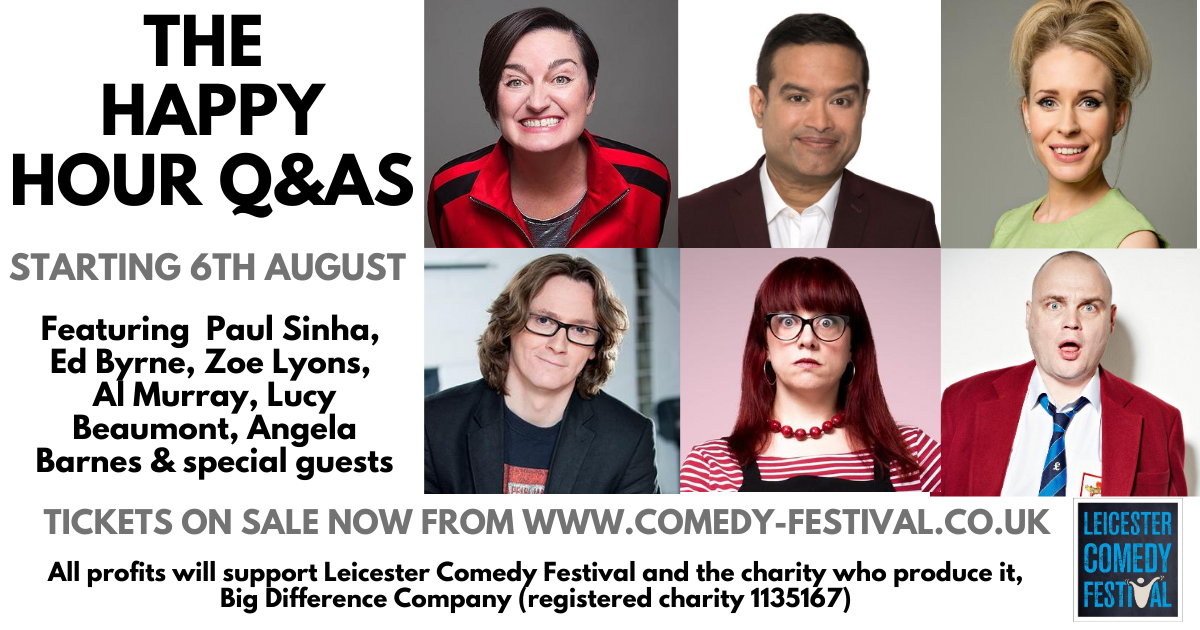 It seems likely that the 2021 festivals will be the first major comedy events to take place since lockdown began in March and organisers want to continue to make them as much of a national celebration as possible.  There will once again be special events, including Q&As with special guests to be announced, seminars and discussions and online comedy performances.  The UK Kids’ Comedy Festival will feature live performances and workshops in schools and community settings, as well as online shows.

Leicester Comedy Festival makes a significant economic contribution to the local night time economy, worth an estimated £3million each year.  The event helps sustain city centre venues, with an important income stream via tickets and food and drink sales.

Leicester Comedy Festival Founding Director, Geoff Rowe, said: “We have always worked closely with others to help make the festival happen, and I’m delighted with the support we are getting right now from comedians to ensure we can produce the festivals in February.  I’m also delighted that our long terms partners are sticking with us and helping ensure the events continue to thrive.  All the money raised from The Happy Hour Q&As will help us continue the work we do, supporting British comedy and communities who take part in our projects.

Support from the comedy sector, local businesses and venues and promoters will remain really important over the next few weeks and months as we all figure out what the future will look like.  We’ll all need to be reactive to regulations and government advice, and work together to put on the best festivals we can and keep everyone safe.  I think we’ll all agree that comedy will be more important than ever before, as we start to get together again and enjoy performances after such a long time.” 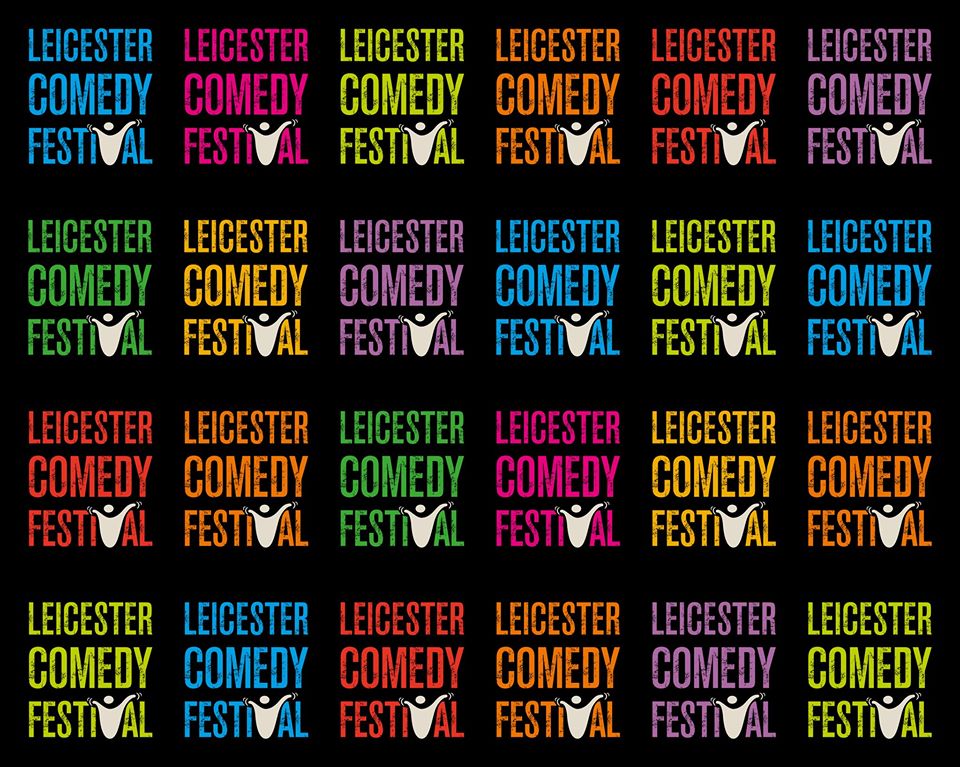 The first Happy Hour Q&A will be with Paul Sinha on 6 August, followed by Angela Barnes and Lucy Beaumont on 13 and 20 August. All profits from these online interviews will go back to the festival to help towards their future events. Tickets are priced at £5, £10 or £20 with you choosing how much you’d like to give.

Tickets are on sale now from the Leicester Comedy Festival website.