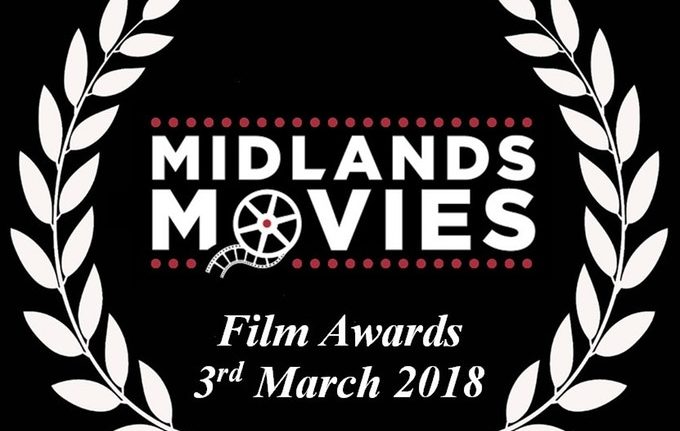 If you’re a movie fan then you’re probably already familiar with Midlands Movies. The Leicester based website celebrates all there is to love about our regional movie scene, along with reviewing national releases and putting on their own immersive cinema events. Last year Midlands Movies Founder, Mike Sales, started the Midlands Movies Awards, which were warmly received across the region and now, following their success, he’s looking to build further on this.

The 2018 ceremony is planned in for 3 March 2018 at Leicester’s Hansom Hall venue – expect red carpet glamour and trophies! To get the 2018 award ceremony off the ground, Mike has set up a Kickstarter campaign which has already received tremendous backing. With just a few days left there is still time to make sure you bag your own seat at the glitzy awards ceremony through donating to the campaign. We caught up with Mike to find out more.

Tell us a bit about the idea behind the movie awards?
After the success of our 2017 Awards, which were produced entirely online with an awards announcement video and electronic certificates for the winners, we wanted to take things up a notch for next year’s event but needed everyone’s help to make this great night a reality.

What can people get back for their contribution to the crowdfunding campaign?
There are a range of benefits to backing our Kickstarter campaign – from our thanks in helping promote regional film crews, actors and directors to attending the event (with a complimentary drink) yourself and having the opportunity to promote your own work, network with likeminded professionals and perhaps if you are a lucky nominee you might even end the night with an award!

How did you first get started with Midlands Movies?
In 2012, I launched an online blog mixing cinema reviews with a passion for local filmmaking. After writing two screenplays, I saw a gap in the market for regional filmmakers, fans, writers and more to discuss and promote their projects for the benefit of the area.

What are your long term goals for the Midlands Movies Awards?
Well I hope to keeping tying them in with the Academy Awards on the same weekend so hope these Midlands ‘Oscars’ will be a platform to honour the local films released in the past 12 months – whether they be shorts, features, animation, documentaries and more. We will be rewarding the region’s talent in categories such as ‘Best Picture’, ‘Best Actor / Actress’, ‘Best Director’ and so forth. Also, a more formal face-to-face event will also expand the scope of the Awards by allowing filmmakers an opportunity to celebrate their work whilst networking with their peers. As well as a great night out!

What do you think of the current midlands movie scene?
The site has showcased a wide variety of talent over 5 years from the region’s film industry – ranging from first-time students and hobbyists to full feature productions involving stars of stage, TV and worldwide cinema. With creatives from every walk of life, Midlands Movies is a place for everyone with a story and skill to share.

How has the crowdfunding campaign gone so far?
We’ve had a great start and hoping still to hit our target by the end of the week. There’s been some great support but there’s many ways to get involved via volunteering or helping with the technical side and promotion if people would like. It’s also been a great learning experience on a platform I have not utilised before but one which so many local filmmakers do to get their projects off the ground.

Tell us in 1 sentence why people should get involved?
Aside from a brilliant night out I think all people involved will get to benefit from the increased exposure for the film industry in the region which would be of help to everyone who contributes to the amazing movies and shorts made in the Midlands.

How do people donate and where?
With a deadline of 20th October and with only days to go we are kindly asking people to still donate via the Kickstarter page HERE.

Which films have been your favourites this year? Join in the chat with @MidlandsMovies.