Afternoon tea… but not as you know it! Las Iguanas have just launched their own afternoon tea with a twist!

The new take on Afternoon Tea is packed full of flavour, consisting of Havana Club Rum Tea and award winning sandwiches all for just £25 for two people.

Available everyday (excluding Saturdays) between 2-5pm, everyone’s favourite Latin American restaurant is taking the traditional tea to a whole new level. Customers will get to sip on delicious fruity tea made from Havana Club 7-year-old Rum, grapefruit, lemon, and tea plus a choice of 2 fresh sandwiches in the Smoking Cuban Cigar Box: 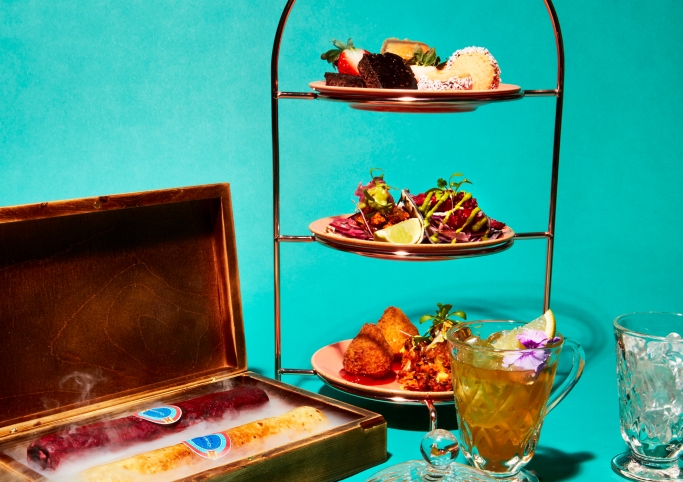 Of course it wouldn’t be afternoon tea without some sweet teats, so you’ll also enjoy some Alfajores cookies – tasty treats made from shortbread & dulce de leche, rolled in desiccated coconut.

If all that doesn’t tickle your taste buds, you can go deluxe, and add a cake stand of tapas & sweet treats for an extra £10. FeaturingCauliflower Bites, a choice of two tacos, two tapas and either Colombian Chocolate Brownie or Tres Leche Cake & Peruvian Cookies.

Afternoon tea must be booked in advance. Book by emailing [email protected] or via the Las Iguanas website.

Las Iguanas is located on Belvoir Street in Leicester.