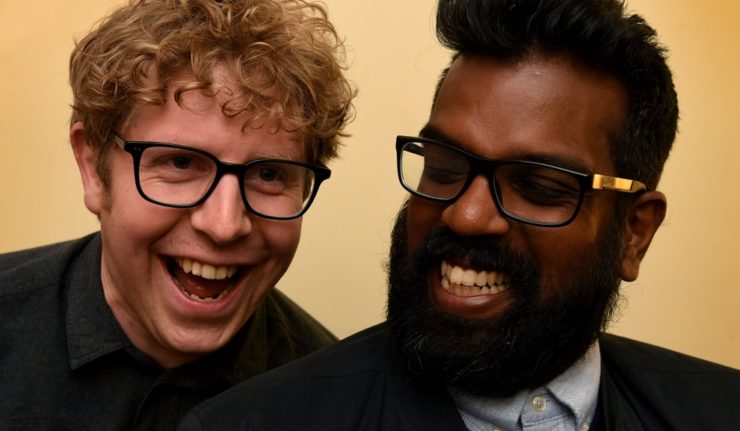 Josh Widdicombe and Romesh Ranganathan are to headline a special show to mark the Leicester Comedy Festival’s Comedian of the Year competition, to be hosted at De Montfort Hall on Tuesday 19 February.

The Leicester Mercury Comedian of the Year competition has been held annually since 1995 and is usually held at Leicester’s Y Theatre. Other past winners include Johnny Vegas, Rhod Gilbert and Jason Manford, to name just a few. A competition that remains unique in that the comedians cannot enter themselves, but must be invited to enter by a network of UK comedy promoters.

Tickets for the event go on sale at 10am on Thursday 1 November, which is the same date as the main festival programme launch. Tickets will be available from the Comedy Festival website.