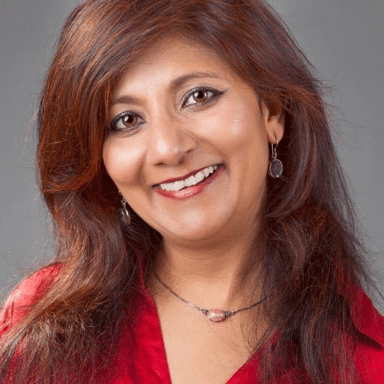 Ishi Khan-Jackson stumbled into stand up comedy quite accidentally. Having studied for a degree in engineering, she never thought that she’d end up taking the stage and making people howl with laughter for a living. Her first taster was at the Leicester Comedy festival, where she enrolled on a course that she thought she’d just be observing as ‘chief laughter at the back of the room’. So happy to be getting her regular dose of comedy, she forgot she’d be asked to take to the mic. Her showcase performance was a hit! She fell in love with the lightness spread through laughter, caught the comedy bug and has been spreading the laughter epidemic even more since! She has enjoyed writing, travelling and performing to a variety of audiences from 800 on board a Red Sea cruise liner to two men & a ruck sack in London.

Now she brings her latest show, Life Love and Laughter to Leicester this October. An eclectic mix of autobiographical, kaleidoscopic and very funny monologues, evocative dance, originally composed soundscape and prismatic, three dimensional, digital scenery are harmoniously juxtaposed to tell the story of a life journey. One such journey that charts the physical distance and emotional exploration of an intrepid young protagonist, escaping her family and her society’s restrictive predilections. Liberating herself from the place she calls home, we venture with her as she dreams, dances and discovers the true meaning of the human condition of happiness. Ishi’s work is narrated with passion, poignancy and a healthy dose of humour. This life affirming story touches on the ability of the individual to change circumstances and to challenge conventions.

Ishi is performing Life, Love and Laughter at the Y Theatre in Leicester on Saturday 24th October. Tickets are priced at £7/ £5 conc and can be purchased from HERE.