One of our favourite comedians of recent years here at Cool As, Seann Walsh is a naturally funny man. A naturally funny man that’s back at Leicester Comedy Festival for a show at Loughborough Town Hall on Friday 10 February. Just listen to his thoughts on the thrill he gets from performing stand-up. He tells us that, “I write alone. When you sit in a room on your own, think of a funny idea that previously didn’t exist, put it into the structure of your show, deliver it and get a room full people to laugh at it, that’s a fantastic feeling. That’s why I do this.”

“Comedians spend a lot of time on their own, and then finally they have an audience to share their ideas with. Maybe it’s all about alleviating the loneliness. I like that! I’m going to change my tour title to ‘Alleviating the Loneliness’!”

This is typical of the humour of a performer who is rapidly developing into one of the most in-demand stand-ups in the country. To underline that point, Seann is about to embark on a major nationwide tour with a new show entitled “One For the Road.” Starting with an extended run at the Pleasance Courtyard during the Edinburgh Festival, this promises to be his best show yet.

The supreme observational comedian, Seann will once more be casting his unrivalled gaze across his own life and coming up with more outstandingly funny routines. This tour marks the eagerly awaited return of one of comedy’s brightest stars. The Lie-in King returns. So book your tickets now to avoid disappointment.

Seann has already garnered a substantial following in the press. The Guardian, for instance, has described him as, “Unquestionably the best observational comic of his generation.” The Evening Standard has called him, “One of comedy’s hottest properties…very talented, very funny”. The Independent, meanwhile, has said that, “He remains one of the most entertaining observational comics on the block.”

The stand-up, who has also shone on the BBC’s Live At The Apollo, is particularly looking forward to the tour as he enjoys such a fantastic relationship with his loyal fans. He explains that, “I love coming off the script. I try to do the show for as long as possible without going into my own material. As long as the audience are up for it, I won’t start my routine. I’m very reactionary. If someone joins in, I just go with it. I’m absolutely open to anything. It’s great fun.”

The comedian, who is currently starring in ITV1’s Saturday night sports panel show, Play To The Whistle, and as team captain on E4 and Channel 4’s comedy quiz show, Virtually Famous, reveals that “One For the Road” will have a terrific twist.

“At the beginning of the show,” Seann says, “I’ll ask the audience to write down what really annoys them. Then at the end, I’ll randomly read them out. They listen to me for an hour, and then I get to listen to them. After the scripted show, I’ll get to mess around. That will be a lot of fun.”

Seann, whose other recent TV appearances include ITV1’s Jonathan Ross Show and Tonight at The London Palladium, Channel 4’s 8 Out Of 10 Cats Does Countdown and Alan Carr: Chatty Man, gets masses of comic mileage out of moaning.

He reflects on why complaining about the world is such a rich source of comedy. “Moaning works really well in comedy. Stand-up is a true representation of life. So do you really want to listen to someone telling you what a wonderful time they’ve had? No, you have no interest in that. If someone is saying, ‘I’ve had a lovely day. I went jogging, then went to the gym and I’ve only eaten vegetables and no carbs,’ you’re just bored.”

“But if someone tells you they have broken their leg, lost their job and split with their partner, you put the kettle on! Moaning is so effective because people only want to hear about other people’s pain.”

Seann, who is also rapidly becoming a well-respected actor, having recently starred in Sky’s silent comedy, Three Kinds of Stupid, is an absolute master of the observational style of stand-up. He assesses why it works so well for him. “Since I was a kid, I’ve always been like that. I love finding absurdity in the normal. I love catching funny things that no one else has noticed.‎”

For example, he carries on, “I recently realised what it means to be in a relationship for a long time. Single people seem to have freedom – they can do what they want and not suffer the consequences. They can leave litter lying around and no one will have a go at them.”

“But it’s just occurred to me that we are in relationships so someone else can pass us the water. That’s what love is. It’s all about passing!” 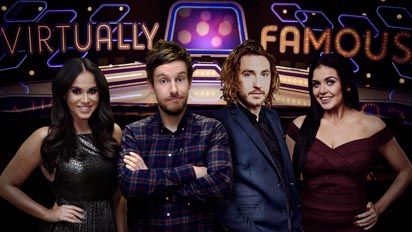 Seann goes on to disclose some of the other subjects he will be talking about in “One For the Road.” “My last show was called ‘28’. It was about me moving in with my girlfriend and how that changed me. This is a continuation of that idea and shows how things have moved on.”

“My girlfriend is very healthy, and I’ve noticed that since we’ve been living together, my fridge has gone. It used to be full of Pepperami and Cheese Strings. But now it may look like a fridge from the outside, but on the inside it’s like an allotment, full of cabbages and kale. That’s one of the ways in which my life has changed. Another aspect of getting older is that now I’m 30, I use the word ‘avocado’ and it doesn’t feel weird. I can look people in the eye and say that word. It’s very bizarre.”

Hitting his stride now, Seann continues that, “You have to calm down when you’re 30. You can’t behave as you did in your 20s. You give up on nightly socialising and sign a contract that says, ‘For this part of my life, all I’m going to do is watch box sets’.”

Seann, who is starring in a Comedy Shorts Series for Sky, closes by underscoring just how much he loves stand-up. “I adore being on shows like Live at the Apollo, but my real love is stand-up. It’s all about you. It’s what you think.”

As do Seann’s legions of fans.

We’ve got a pair of tickets to give away to see Seann at Loughborough Town Hall. To enter to win visit the competition page.