There’s nothing like a hook-laden indie pop anthem to grab your attention and it’s even better when you find out it’s from a band with local roots. Sea Girls have managed to catch the attention of a fair few industry folk of late, from being playlisted on Radio 1, championed by Huw Stephens and Annie Mac, making number 1 on Spotify’s Hot New Bands, to a Clash review hailing their “instantly infectious indie bangers” and now they’re heading to The Cookie on Saturday 3 February on their UK tour.

We caught up with singer and guitarist, Henry Camamile, who hails from Leicestershire, to find out what’s in store. Check out the video for their brilliant single, “Lost”, below.

What has been the highlight of 2017 so far for Sea Girls?
It’s hard to choose one highlight as this year has been filled with awesome stuff for us. Releasing our first EP in June and the unexpected reaction to that including getting our first single “Call Me Out” on the playlist at Radio 1 was amazing. And now ending the year with “What For” as Abbie McCarthy’s Radio 1 tune of the week is such a buzz. The reactions we’ve received so far to our live shows have been like nothing else we’ve had before and we are really lucky to be getting so much love.

How would you describe Sea Girls to those who haven’t heard your music yet?
Hopefully it’s music that makes you dance, sing and cry. With every song we want to make you listen to it again and again.  That’s how I get when I listen to a great song and we try to do the same with our songs by making music truthful.

Some of the band are actually from Leicestershire, how are you feeling about playing a hometown show?
I think the last time any of us played Leicester was myself and Oli (Drummer) doing our first gig in our old school band at the Sound House. It is going to be really special and pretty nostalgic. We’re getting very excited rehearsing for the tour, especially for this gig.

What do you think of the music scene in Leicester at the moment?
Obviously it’s got an awesome pedigree with Kasabian and it is full of variety. Mahalia is great with a really special voice. We are also gonna to be having a Leicester band support us at our show at The Cookie which will be announced in January. 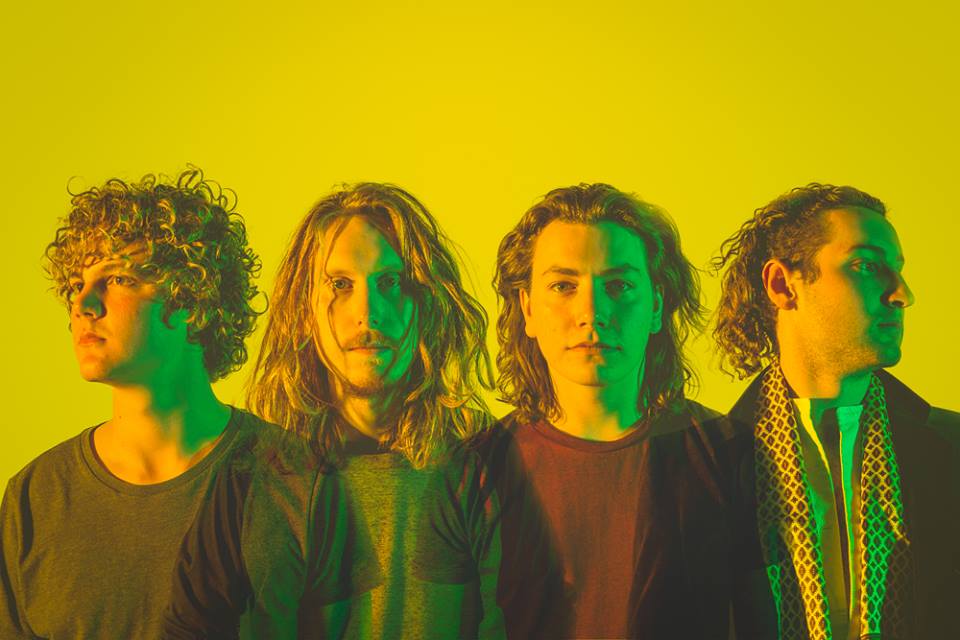 Who is the best act that you’ve ever seen live?
That is a hard one, I’m gonna have to say Arcade Fire at the Bowl in Manchester and Sigur Ros at Brixton Academy in London. Both extraordinary and immense bands live.

What’s your favourite song you’ve written and why?
I think at the moment it is “Heavenly War” which is our new track out at the beginning of January. I wrote it when there was a really optimistic change in me. It really takes me somewhere when we play it.

If you could take one song by another artist and claim it as your own what would you choose?
The Killers “Run For Cover”. It’s probably the best indie banger of 2017 and it’s by the band that made us fall in love with indie rock over ten years ago.

What does the next 12 months have in store for Sea Girls?
Even more than the last 12 months we hope. We’ll be putting out lots more music in the first half of next year and we have our first UK tour in February which we are in rehearsals for now.  Then playing loads of festivals in the summer followed by getting an album out before the year is over.

What can fans expect from the upcoming tour?
Hopefully our best shows yet. We want each gig to feel unique and be its own thing. We’ll also be playing loads of new songs our fans haven’t heard before as well as lots they have. Playing night after night is going to be amazing for us.  Nothing comes close to playing our songs live.

Sea Girls play at The Cookie on Saturday 3 February. Tickets priced at £6.50 are available from Gigantic.

Connect with Sea Girls at: