As the 2019 Leicester Comedy Festival fast approaches, the first step is, of course, the Preview Show, which takes place on Friday 11 January at De Montfort Hall. For Alex Hylton, this is an especially special Comedy Festival year.

Having performed at and hosted open mics a plenty across town, set up the brilliant if bizarre Naked Comedy, and become one of Leicester’s top up and coming performers, this year he’s been chosen to perform at the Preview Show. We caught up with him to find out how much he’s looking forward to it.

How does it feel to be on the bill at the Preview Show this year?
It’s awesome! It’s a show I’ve always wanted to do and it’ll be the biggest audience I’ve ever performed to. So many amazing acts have done it in the past and I’m super-proud to be on that list. 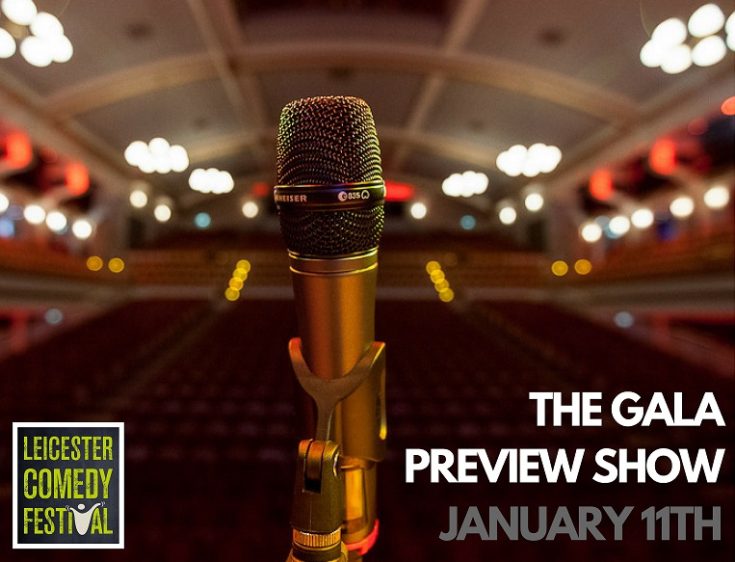 As a comedian building a career in Leicester, is the Preview Show something that you aspire to be part of?
100% – Two years ago I was at the venue outside handing out flyers in the hope that people would come and see my show at the festival and now I’m on the main stage? It’s all feels a bit surreal.

Tell us a bit about your background as a comedian in Leicester and beyond?
I’ve been living in Leicester for nearly six years – I moved here to go to Leicester University which is where I first got into stand-up. It was something I loved growing up and I always wanted to give it a go. After my first few gigs I started running my own night at The Exchange, which went better than I ever could have imagined. Some amazing acts came and played my tiny little night and it just grew.  As well as performing up and down the country, I also run ‘Jokes On Us’ and we look after all the comedy shows at The Exchange, Manhattan34 and LCB Depot. All of our shows during Leicester Comedy Festival are ‘Pay What You Want’ so they’re accessible to everyone.

You took your show to Edinburgh last summer, how was that experience?
I did! It’s the second time I’ve taken a show for the full-run and it’s a lot of fun. The Edinburgh Festival is the biggest party on earth and for anyone who’s into comedy, theatre, art or drinking in the day it’s a must-go. As an act it can be really challenging to put everything into performing every day and it’s a huge financial risk – but the challenge makes you stronger and I definitely left Edinburgh a better comedian than I was when I arrived. 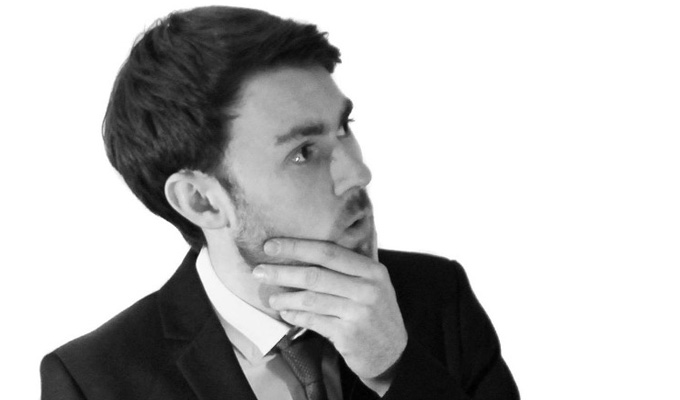 For anyone who isn’t familiar with your comedy, how would you describe your show and style?
Ooh, now there’s a question. I tell true-life stories with a smudge of surrealism. I’m trying more and more to talk about ‘issues’ and make big subjects fun and daft.  I can only write about what I know.

This year’s show is called ‘Get Rich or Die Cryin’’ and it’s basically about being a skint millennial. I’m still writing it and I’d love it to be an inspirational call-to-arms for the downtrodden and overwhelmed twenty-somethings to thirty-somethings, battling against the rigged system, struggling to make ends meet in 21st century Britain…but it might just come out as loads of observations about shopping in Aldi and wasting all my money in the pub. Who knows?

How do you think Leicester Comedy Festival compares to other festivals across the UK?
Honestly, it’s the best one – It’s the first one of the year so loads of comedians are trying out brand new shows for the first time and it gives the whole festival a buzz of excitement. There are so many hidden little venues that have such a good vibe. Yes, there are some amazing acts who’ll be playing in the big theatres but the real magic of the festival is to be had in the 50-seater rooms that are putting on some brilliant acts and creating some really intimate, unforgettable nights. 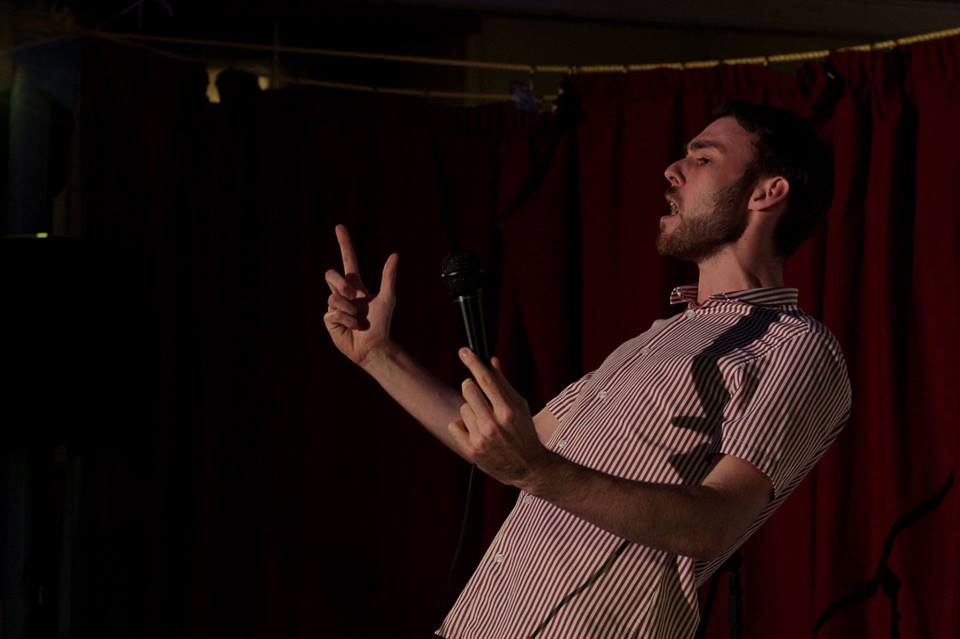 Where will you be performing this year during the festival?

What advice would you give to any comedians just starting out?
Write as much as you can, gig as much as you can and watch as much as you can. The more you do it the better you’ll be. Leicestershire has some great new act nights and places to get started. Also, you won’t be very good, but don’t let that hold you back. Nobody is ever much good at standup until they’ve done at least 100 gigs and even then they’ll be okay at best. It’s something to be learned and honed over years and years and you’ll never stop improving.

You’re also one of the team responsible for setting up the annual Naked Comedy event, how did this become a thing?
There’s about 5 different versions of this story because we were all drunk at the time – But the way I remember it, myself, Jason Neale and a few other acts were having a drink after a gig in Leicester. Jay and I were one-upping each other on weird gigs we’d done and it escalated into a game of chicken with both of us proudly boasting that we’d happily perform naked without worries. Little did we know that Suzanne Rowland (who is an unsung hero of the festival and volunteers on so many projects to help grassroots comedy in Leicester) was paying close attention and all of a sudden a charity gig was booked for me and Jay to act on our words. Neither of us backed down, a few other acts got roped in and the gig sold out way in advance. Suddenly there was no choice but to go through with it. It was a great night and a truly liberating experience. We’ve done it every year since with a different lineup every time and it’s one of the shows I always look forward to.

This January brings the Preview Show, so where do you hope to be in your career in another 12 months time?
I have absolutely no idea, I haven’t planned that far ahead! I’ve got some really exciting projects lined up this year and I’m planning on going back up to Edinburgh for the Fringe again, so who knows where that takes me. I just hope in 12 months time I’m having as much fun as I am now.

Who else are you looking forward to seeing at the festival this year?
Dan Nicholas has a really exciting show about robots taking over the earth called ‘Eugene.’ Dan is a really ‘out-there’ act and always produces something special with his shows so I’m excited to see what he’s got in store this time. Jason Neale, my naked comedy co-partner, has a new show called ‘Jason Neale’s All Over The Place’ which will definitely be worth a look.

Keep up to date with everything Alex is up to by following him on Twitter.

The last remaining tickets to the Preview Show are on sale from De Montfort Hall.

For the full festival listings check out the Leicester Comedy Festival website.