There’s an incredible talent pool of scriptwriters, actors and film professionals in the Midlands and this autumn there’s a new local feature to look forward to.

‘The Methodists’ is described by its writer and director, Johnny Kinch as “a proper feature-length BritFlick based in the Midlands and filmed in the heart of Leicester”. Characters, Harvey and Winks, are not your ordinary hitmen! This darkly humorous film will take the audience on a crazy unexpected journey. With iconic characters, amazing monologues, and very strong characters, this film literally has something for everyone!

The script has been written and the film has been cast (including a couple of to be announced recognisable TV faces we’ve been told too!) and filming is due to start in September. We caught up with Johnny to find out ore about it.

How long has The Methodists been in the pipeline?

I have been writing since my autobiography was published in 2008 ‘Johnny be Good’ and after performing in a touring play based on fact and fiction, I was intrigued by the factual content and started researching more about it. I subsequently started writing and am still working on a television pilot for a WWll period drama. This is my first feature script and was started as a result of Covid19. I decided I could let the wave of lockdown drown me or learn to surf it. So I set about writing a feature script and gave myself 10 days to complete the first finished draft. I met my goals and after writing more drafts I sent my final draft v40 to Liam Foley. He sent me back 12 pages of notes which encouraged me to alter some aspects of the script before sending v43 back to him for proofreading. I am more than happy with the end results and ‘The Methodists’ has already caused somewhat of a stir on social media getting over 2.5 million Twitter impressions in the last 10 weeks. 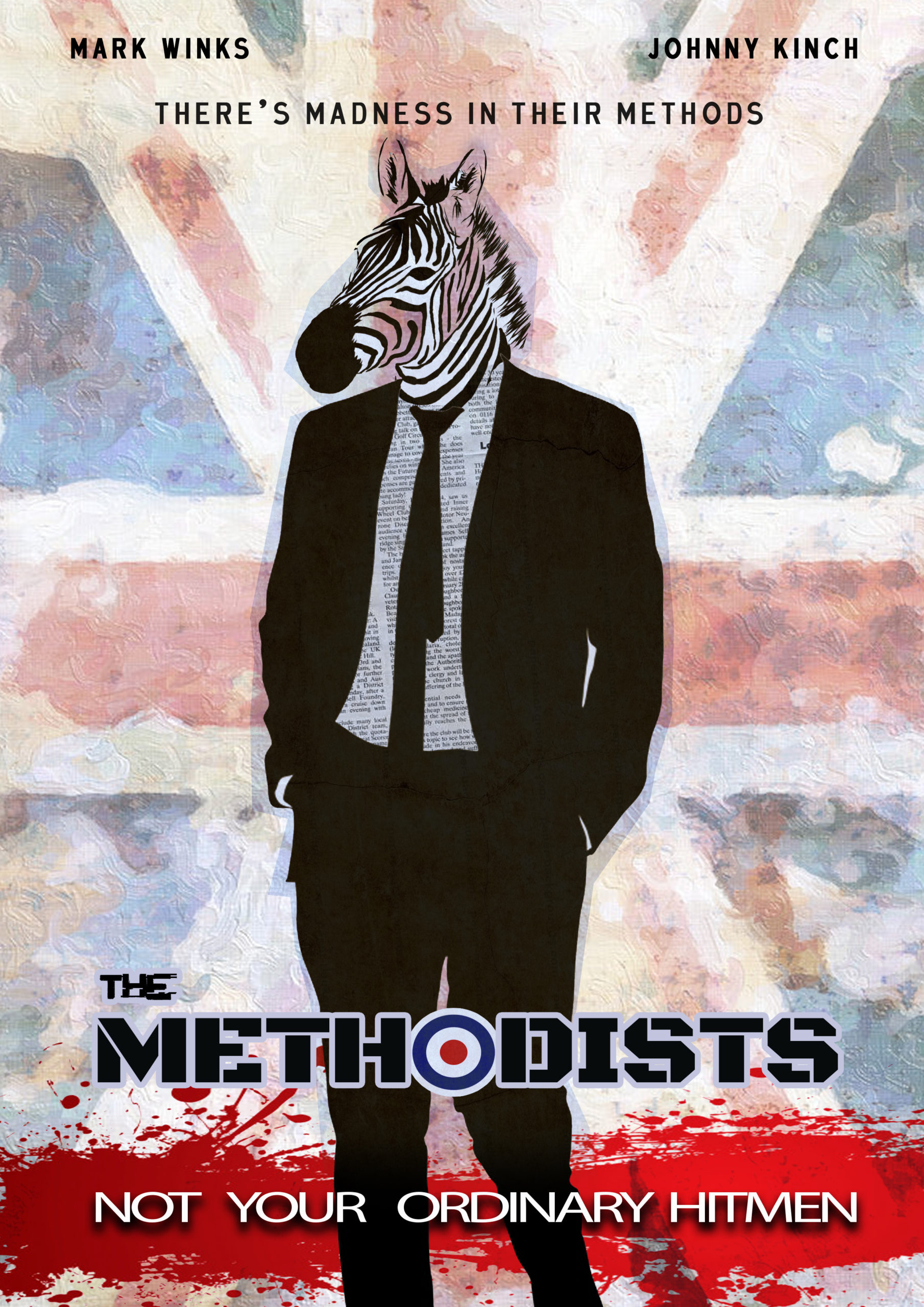 Can you give us a brief overview of the storyline?

The Methodists follows the exploits of two very different hitmen ‘Harvey’ and ‘Winks’ who are sent to give someone a good slap and pick up some money, but Winks’ poor eyesight and lust for violence lead him to go overboard and he kills the son of a particularly psychotic female gang boss, Kelly Morgan. This starts a series of crazy events and so begins the main plot of the film. Morgan is out to get her own back, The Methodists are out to get her first, but must overcome strong opposition, diversions from well-meaning family members and a hitwoman to boot! This refreshingly diverse script is full of regional accents, very strong female characters with ages ranging from 10 to 79. It’s full of dark humour, fights with faults, has unexpected twists and turns, scenes that will become instantly iconic, Such as ‘Barry’ the gun runner who Harvey is sent to meet but could never have predicted the odd unexpected hilarious character Barry is, and halfway through the big fight scene at the end ‘Nasty’ Billy Lynch has to ask for a break due to his diabetes, then delivers the greatest monologue about biscuits ever written.

Will Leicester feature heavily in the film itself?

This film is dedicated to and will be heavily featuring all things Leicester, such as LCFC, Welford Road Prison, the Clock Tower and many other Leicester landmarks and historic facts.

Tell us a little about your background in film?

I went to RADA in 1996 sponsored by Sue Townsend and won a scholarship from Leicester City Council. I have been in TV and film all my life in one-way shape or form, I was the producer and lead actor in a small budget film made in Loughborough last year called Surveilled that will be coming out this year and have featured in many a tv program, play or film. 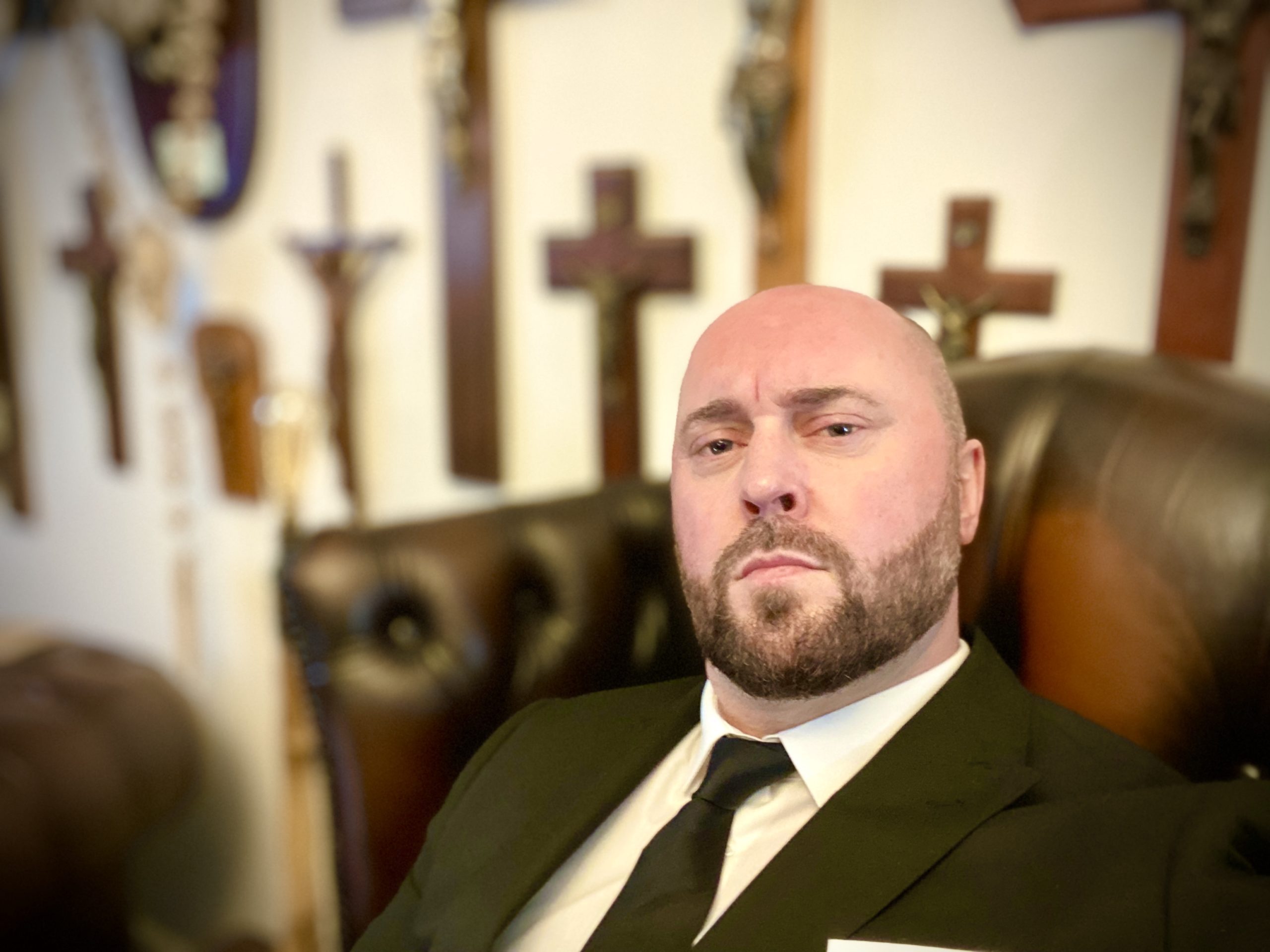 Are there ways that local film fans can get involved?

We will be looking for LCFC fans to take part in an iconic scene recreating the Premier League win in a well know Leicester pub, we even have the only replica trophy to use that was commissioned by Leicester born Mark Winks to use to raise money for charity. We will also need other extras for various scenes and are looking for business sponsors that have an interest in Leicester, film, and getting their business name to millions when sold globally.

How do you find the Midlands as a place for independent filmmakers?

The Midlands is becoming a thriving place to make movies, however, there is a lack of funding which makes it much harder to deliver top quality material on a small budget.

Where can people keep up to date on developments?